"What a waste of taxpayer money!": Why are people so angry on science social media?

Comment sections on social media tend to be emotional places – and our Science at ANU Facebook page is no exception.

I have spent the past year moderating comments on this page, watching on as our followers delight in research about shooting space junk with lasers, despair over climate change warnings, and debate whether magpies are actually mean.

But there’s one emotion which comes up time and time again: anger at how taxpayer dollars are being “wasted” on our researchers.

I wanted to know more about the motivation behind this emotion. Is it just a misunderstanding about how science is funded in Australia? Or is there something deeper going on?

Dr Merryn McKinnon is a researcher at the Australian National Centre for the Public Awareness of Science at ANU, where she explores the relationships between science, the media and different groups of people.

She suggests that one reason for the disgruntled comments might be the tendency for people to value applied research with a real-world purpose, over basic research, which doesn’t have an immediate practical application. It’s about knowing for the sake of knowing.

But there is still value in that, Dr McKinnon says.

“You never know when that understanding could actually become this pivotal piece of information we need in the future.”

For example, wanting to understand why some jellyfish glow in the dark might not seem particularly relevant to building a better world. But the discovery of Green Fluorescent Protein enabled other scientists to figure out how it could be used to study gene expression in human cells, which, in turn, led to a revolution in our understanding of cell development and cancer research.

It’s not always easy to see where – or even if – new theoretical scientific knowledge might lead to a practical outcome. This is where some of the “disconnect” might lie for people like those, for example, who commented on our post about kangaroo personality research, saying it was “pointless”.

However, as Dr McKinnon says, “the only reason we know a lot of the things that we do today is because others before us were given the freedom to explore.

“We need that permission and ability to explore just for the sake of knowing things, without the expectation that every piece of research will lead to a patent or a multibillion-dollar business.”

You’d be forgiven for thinking that a simple solution might be to just raise awareness of how basic research works. If the general public understood it better, then they would know why it’s so valuable for scientists to pursue it, and all the unhappy comments would go away, right?

Dr McKinnon smiles wryly with the knowledge of a science communicator when I suggest this. “No, that deficit model doesn't work for a reason,” she says.

“For one thing, people are going to value different things at different times, even if they do understand some of the research.

“If you asked people ‘Should we see if Mars is habitable?’, you’ll get a full spectrum of responses from ‘Absolutely, sign me up to the first mission’ through to ‘Dear God, no, let’s try and fix the planet we’re already on’, or even just apathy.

“It’s a matter of finding what people individually value and what they see is important. And then you can have that conversation from there.”

The thing about conversations, though, is that they typically involve discussion, and dialogue, and sharing ideas back and forth between two or more people. Maybe instead of wondering why our commenters are so angry, I should be trying to be a better listener?

Dr McKinnon says there is “definitely” value in listening to people who have local expertise on a given topic. “I think scientists can ignore people with that lived experience and local expertise at their peril,” she says.

But this isn’t the case for most social media comments. These tend to reflect broader ideas about what people value and what they care about.

At the very least, angry comments “show that people are interested in your topic”, even if they haven’t read the article. “They feel something strongly enough that they want to engage in that way in that public forum,” Dr McKinnon says.

“A lot of the research that is funded, and that people can see value in, speaks to basic human needs: access to clean water, food security, somewhere safe to live, and so on. We want to trust that our government will spend money in a responsible way to ensure those basic needs are met.”

Mind you, getting funds to support research in the first place is not a simple task. Academics will often spend months of their working time simply justifying why they should be able to do their own jobs, and even that doesn’t guarantee they’ll be able to secure the funding they need.

“I think a lot of people don't realise how competitive it is to get funding in the first place,” Dr McKinnon says.

“In science and academia, you are constantly evaluated and asked to justify why you do what you do the way that you do it. There's an incredible amount of embedded oversight and constant measurement of how good you are at your job.”

PhD researchers, meanwhile, contribute to broader scientific knowledge while getting by on scholarships or stipends that are less than the minimum wage.

“A PhD student might get about $28,000 as a scholarship and that’s their entire income for a year, unless they tutor or do other part-time work,” Dr McKinnon says. “And people still lambast them for the work they’re doing.”

Of course, there is another, much simpler reason why some social media commenters don’t pass the vibe check: sometimes people just have a bad day and want somewhere to vent.

“Personally, I'm seeing a lot more anger on social media services over the last three years, because people have just had enough of everything,” Dr McKinnon says. (I nod in exhausted agreement.)

But she pauses and considers the much rosier flip side to cranky comments. “But isn’t it great that people care? That they want to be a part of that conversation and actually talk about what Australians are working on, and how we're spending our public funds? That says a lot about what’s important to us, as a nation.”

I hope I can remember this far more optimistic perspective next time I’m moderating comments on a social media post: they’re not just angry, they care about the prosperity of the nation. Now that’s a #mood.

If you care - a lot - about how to communicate issues of national importance, you're not alone. Find out more about the Master of Science Communication at ANU. 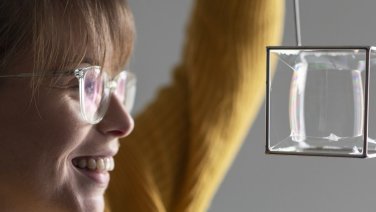 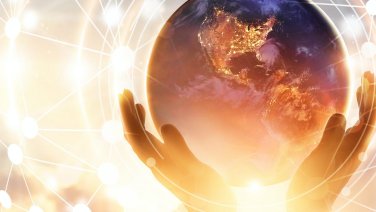 Science communication succeeds when it takes community knowledge seriously, works with other belief systems, and expects researchers to contribute to society. 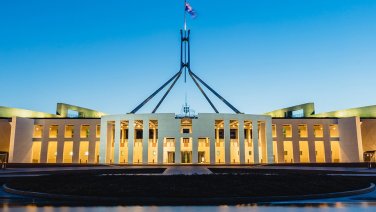 STEM is worth investing in, but Australia's major parties offer scant details on policy and funding

Evidence from around the world shows that public investment in STEM can advance a strong economy, a healthy population and a sustainable environment.