If you want to improve your understanding of kangaroo personality, one of the best ways to achieve this is with a remote-controlled car and some smooth jazz. Apparently.

These are the tools of choice for Weliton Menário Costa, a PhD researcher with the ANU Research School of Biology. After studying goat behaviour in his home country, Brazil, he came to Australia and spent several years studying a wild population of eastern grey kangaroos in Wilsons Promontory National Park in Victoria.

“We had to attract their attention first, so we needed an object that moved and made a little bit of noise,” he says. “We drove the remote-controlled car around for 15 seconds in front of a group so that all the individuals would see it.

“Then when they looked, they would see something they’d never seen before.”

What would a wild kangaroo think of such a mysterious whirring, rolling object?

Weliton’s goal was to observe their reactions, record them, and then analyse what those behaviours could reveal about kangaroo personality.

And in case you’re wondering, scientists agree that yes, animals do have personality – but it’s not quite the same as personality in humans.

Human personality is complex: we have motives, beliefs, feelings, attitudes, a sense of identity. We’re also, conveniently, able to fill out questionnaires asking things like: ‘How much do you agree with this statement about you?’

But animals can’t take questionnaires, and statements like ‘Seeing other people cry can easily make you feel like you want to cry too’ don’t really apply to them. Instead, for an animal to have a personality trait, it needs to behave differently compared to others, and those differences must be consistent over time and across different contexts.

“Personality and behaviour are two different things,” says Weliton. Scientists can only measure what they can observe, and since they can’t observe an animal’s deepest inner thoughts, they watch for different behaviours and then use statistics to test for individual consistent differences.

That’s where the remote-controlled car comes in. It’s one of three different tests Weliton used to stimulate individual roos to observe their responses. The other two tests involved playing instrumental music (an unusual sound with no apparent visual source), or simply walking directly towards the animals to see how closely a human being could approach them before they fled. 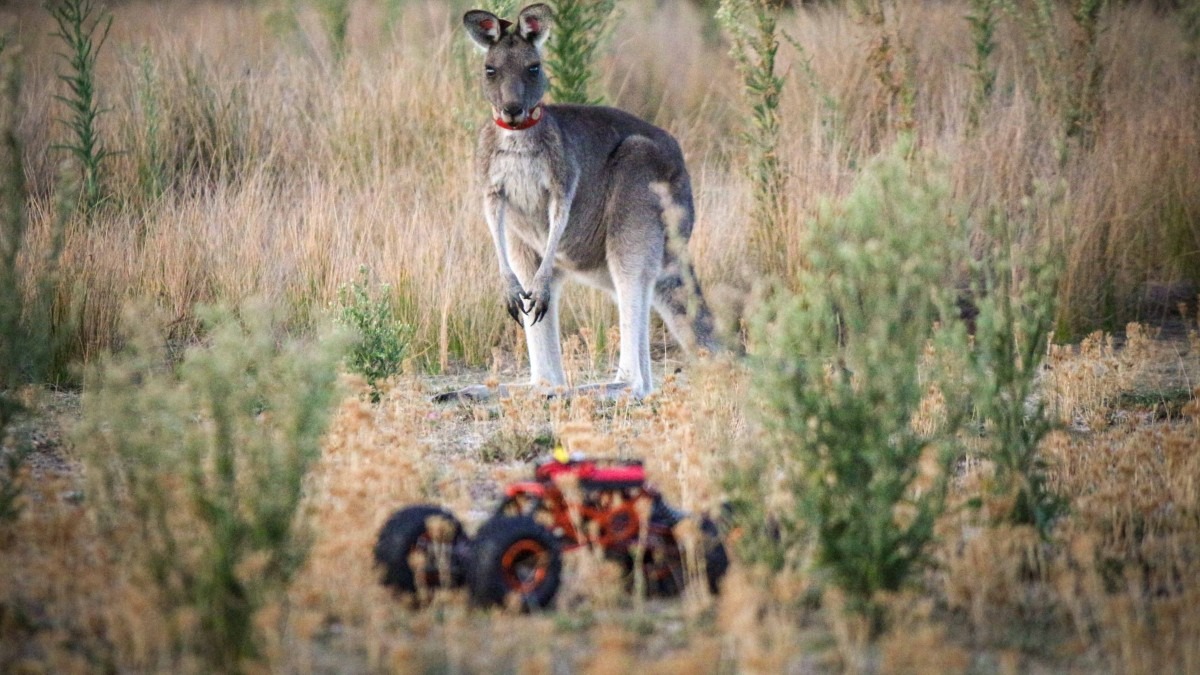 A remote-controlled car: such a strange sight for a wild kangaroo. Image: Weliton Menário Costa

Weliton was specifically looking for behaviours that would indicate ‘boldness’ or ‘exploration’, although he says these terms can be confusing.

“In animal behaviour research literature, ‘boldness’ refers to how animals react in a risky situation, and ‘exploration’ is about how they react in a novel setting,” he says.

“However, a novel setting can also be risky and vice versa, so the behaviour displayed could reflect both of these aspects. This confusion can be avoided by simply using the name of the actual behaviour measured: do they approach, or hop away?”

That data was analysed to disentangle the effects of the group social environment on behavioural variation, as opposed to the influence of individual differences or personality.

Weliton found that group social effects had a stronger influence on kangaroos’ behaviour than their personalities.

“Think of it like a nightclub,” Weliton suggests. “You might see a guy sitting alone, looking quite shy, but then when his more outgoing friends come over to him, and they’re dancing, the shy guy behaves a bit more extroverted around them. Those friends may also reduce their energy to better accommodate their friend who doesn’t dance as hard.”

However, in a somewhat chicken-and-egg finding, personality affects how individuals assemble into groups.

“Kangaroos live in ‘fission-fusion’ dynamics: their group composition changes every 9.3 minutes on average while they forage together,” says Weliton.

Or, sticking with our nightclub analogy, the extroverts will hang out together on the dance floor into the early hours of the morning while the quieter ones share an early taxi ride home.

The fact that the social environment plays such a big role in influencing animal behaviour has implications for future research. It was especially important that Weliton could conduct his study on a population of wild kangaroos in their natural habitat, rather than in a more controlled laboratory setting.

That meant spending a lot of time doing fieldwork in a national park. “Objectively speaking, it took about nine months in total, over three years,” says Weliton. “Psychologically, by being so immersed in the work, it felt like my whole life. It was a lot of hard work. But it was actually quite fun.”

It’s important to note here that you really should not try this yourself at home. Researchers working with animals must go through rigorous ethical approvals processes and training prior to conducting any of their research.

However, if you do get the urge to do some psychoanalytical animal research of your own, we suggest starting with a more familiar subject: you may not know your cat’s personality as well as you think.

If you already know all your cat’s secrets and want to take your knowledge of animal behaviour to the next level, consider where a Bachelor of Science or Master of Sciences in Biological Sciences could take you. 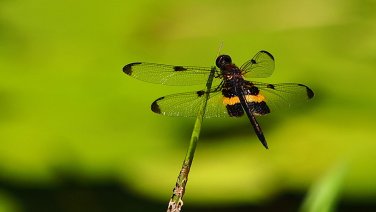 The Master of Science in Biological Sciences is a versatile program that allows you to explore different fields in biology and related topics. 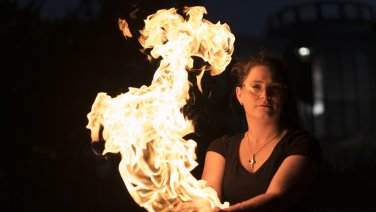 Explore the possibilities of science from astronomy to zoology and everything in between with our most flexible science degree. Tailor a program to your unique interests while giving you the broad critical-thinking and problem-solving skills needed for the workforce.