If receiving your fruit and veg box makes you feel weirdly happy, you’re not alone

Demand for fruit and veggie boxes has soared because of COVID-19, with consumers steering clear of supermarkets and exploring alternative sources for their food supplies.

But a researcher from the Fenner School of Environment and Society at ANU has found the benefits of some fresh produce schemes extend beyond the convenience of skipping supermarket queues: it seems the humble fruit and veggie box can make some people feel, well, happier.

Studying the impact of participation in biosensitive food provisioning systems, PhD researcher Bronwyn Wilkes says she has heard “many, very animated, descriptions of strawberries and tomatoes”.

One study participant even reported feeling “giddy with excitement”—not an expression we’ve heard very much lately—when she received her weekly delivery.

In a year in which life has given us lemons, it appears that being given actual lemons has prompted many people to make metaphorical lemonade. Maybe even literal lemonade too.

As Bronwyn explains: “These schemes help to nurture a range of benefits that are important to the fabric of society and the connections between us.” 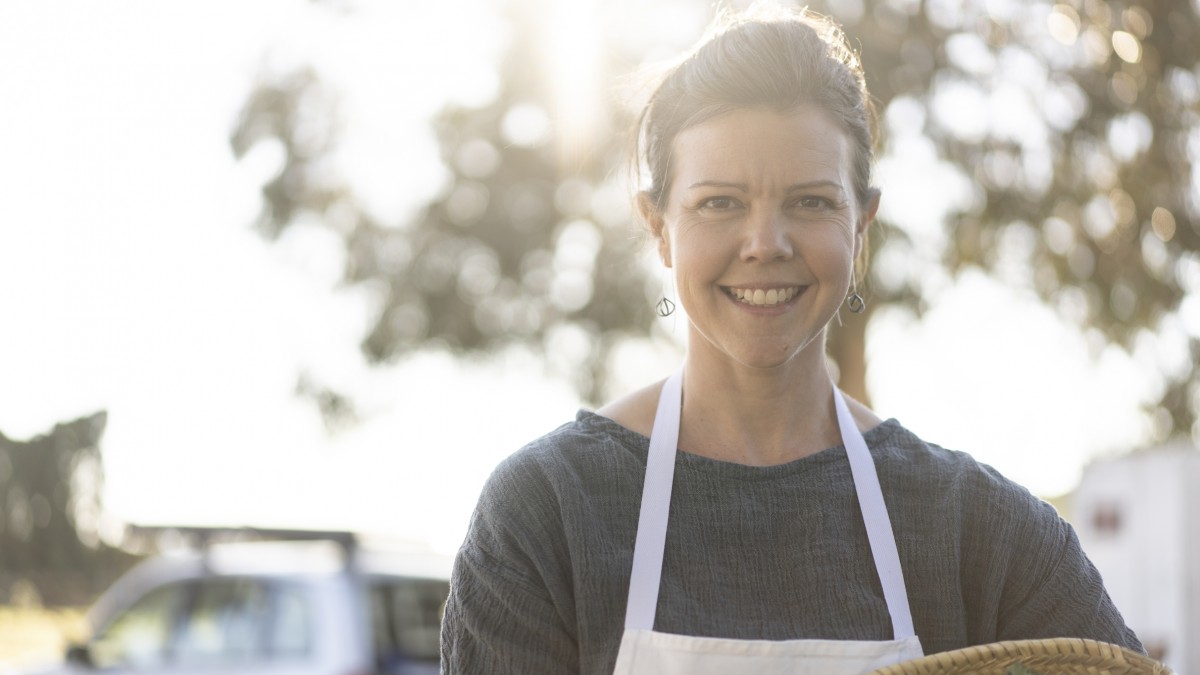 Bronwyn’s research focuses on community supported agriculture (CSA) and produce box schemes in which the risks and rewards of farming are shared with the consumer, usually through subscriptions paid upfront.

“In these arrangements, consumers are willingly exposing themselves to the inherent risk of agricultural variability,” she says. “They are giving up some degree of choice and control, so I wanted to see what makes it worthwhile for them.

“What are the alternate rewards and what are the underlying values that make such rewards salient for people? And what else changes for people as a result of participating?”

She’s found that while consumers are motivated to participate in CSA and produce box subscriptions for diverse reasons—such as wanting access to organic food, supporting local farmers, or environmental concerns—they often go on to value something different about the scheme which they didn’t anticipate.

“A lot of people I’ve spoken to say they are certain the experience has cultivated in them an attitude of being able to adapt, or to make-do, and not just with their food.”

This has proved a particularly valuable skill in 2020, Bronwyn says.

“For example, one person who described themselves as pretty anxious said that she’s experienced two changes thanks to her produce box experience. First, she describes herself as a masterful substituter now, and she doesn't have to follow a recipe when she cooks.

Overall, Bronwyn says CSA members and produce box subscribers generally report feeling more connected - to their own values, to other people, and to the landscapes that are providing for them.

“Some people find CSA is a gateway drug to asking more questions about where everything else in their life comes from, and whether it was produced in accordance with their ethics. They talk about feeling more fulfilled because there's a greater alignment between their actions and their values.

“Some people also say it’s enabled them to find their own ‘tribe’. Sometimes this starts with something as simple as communicating with other people about how to use the food they’re receiving, so a friendship is nurtured because you’re asking, ‘What am I going to do with all these turnips?’ or ‘Do you have a great recipe for daikon?’” 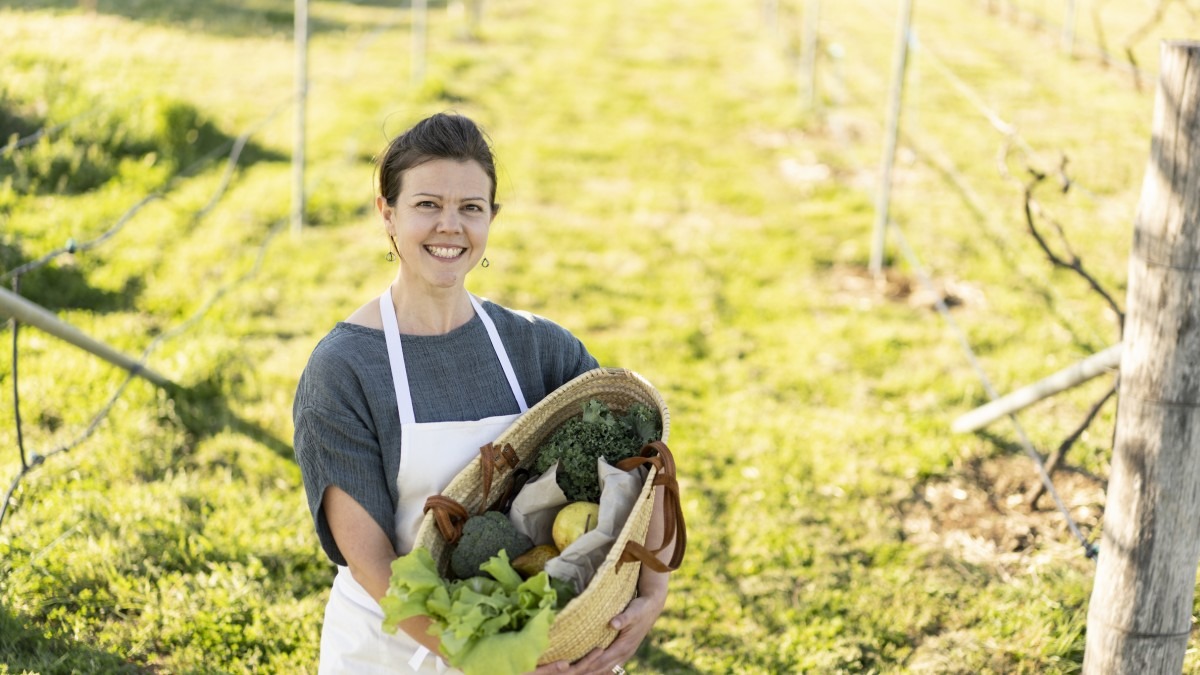 While many of her study participants might have been surprised to discover a turnip can change their lives, Bronwyn isn’t. She’s been through the process herself already.

After completing her Bachelor of Science (Honours) at ANU, she worked for many years as a forensic toxicologist.

“It sounds very cool, but there was a lot of seeing the dark side of life and feeling like I was just mopping up after bad things had happened to people,” she reflects.

“So I was escaping into my garden and becoming more enchanted with growing my own food. And I had a really profound moment where I realised I could walk into my backyard and just pick a handful of vegetables and greens and that was a meal enough for me.

“I had an amazing sense of self-efficacy. And I know it’s a bit clichéd to say I felt more connected, but I did. I felt more creative and better able to handle uncertainty and to adapt - just from being able to meet at least some of my own fundamental biological needs, through my own actions, in a really tangible way.

“It made me wonder, ‘Am I the only weirdo in the village who feels this way?’”

Bronwyn finds her chemistry still comes in handy when thinking about nutrient cycling in food systems, while her ongoing study of human ecology gets her closer to understanding her many fellow weirdos. She participates in a produce box scheme herself, as both a subscriber and a volunteer. And she is happier.

But does she have a good recipe for daikon?

“For something really easy, I just grate the daikon straight into a pan with olive oil and a splash of sesame oil or some sesame seeds, and sauté till it's golden, then crank up the heat so some of it goes crunchy and a little charred. Season with salt and have it as a side-dish like you would serve rice, to accompany whatever other veggies you happen to have.” 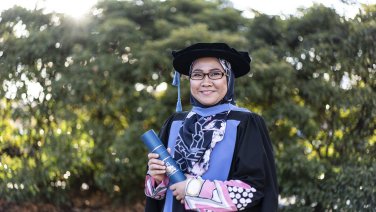 During the PhD program you will work with increased independence, under the direction of a supervisory panel of experts in the field. Your research will make an original and important contribution to human knowledge, research and development. 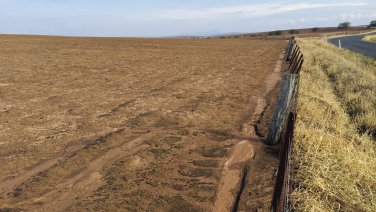 It's painfully clear nature is buckling under the weight of farming's demands. There's another way – but it involves accepting nature's limits. 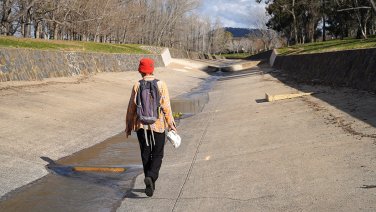 This story will change how you feel about drains

“Imagine how different it could be?” Kate asks. “Even if you didn’t get rid of the concrete, if you could just get the channel looking attractive!”