Five years ago, an ANU biologist proved that most female songbirds sing, but it’s a finding that many people are struggling to accept.

Sometimes I think I’ve gone too far with seeing the world through a gendered lens. I mean, does everything have to be about the patriarchy?

But when I read that Professor Naomi Langmore, an evolutionary and behavioural biologist from the ANU Research School of Biology, had successfully challenged the—literal, textbook—definition of birdsong as being the domain of only male birds by proving that most female songbirds sing, I experienced a familiar feeling.

It’s hard to name this feeling. It’s a kind of disbelief that something so fundamental needs to be spelled out, combined with a total lack of surprise. While it’s hard to name, this feeling comes with a sound-effect that’s easy to describe: a scoff. Maybe you know that sound.

Prior to Professor Langmore’s findings, female birdsong was considered extremely rare; a “hormonal aberration” or a “non-adaptive by-product of male song”. Maybe you can hear that sound right now.

“Absolutely functionless was the assumption,” Professor Langmore says of the idea of aberrant female song. “If you look up the definition of birdsong, it says it’s long, complex vocalisations produced by males during the breeding season.”

This definition is not completely wrong, just mostly wrong. In many northern European and northern American migratory bird species, it’s true that only the male sings. “The males arrive at the breeding grounds first, set up a very short-term territory and sing their heads off to attract females. They breed very quickly and then they’re all gone again,” Professor Langmore explains.

“In that specific breeding system, female song isn’t as useful for females. Whereas in the tropics and in temperate Australia, birds often stay in their breeding grounds year-round, so it’s much more adaptive for females to sing.”

This is what Professor Langmore always knew to be the case, having seen it with her own eyes—“As a birdwatcher in Canberra you’ve got singing female magpies, fairy wrens, shrike thrushes all around you”—but while undertaking fieldwork in Europe for her PhD, she realised: “This is something that needs more attention.”

“I was studying alpine accentors in France, a species where the female does sing and my supervisor said, ‘Look, the females are singing! That’s so weird!’ It dawned on me that everybody thought this normal thing was weird.”

So Professor Langmore published research demonstrating that the female alpine accentor sings. But this did not prove they weren’t weird.

“The reaction was resistance,” she remembers. “People were happy to accept my alpine accentor females sang, but that’s it. They would say, ‘This is a really unusual species with a polyandrous breeding system and yes, in this particular species you get song.’ But there was very much resistance to the idea that female song was common beyond that.”

And so, with a team of (female) colleagues from around the world, she published a phylogenetic analysis to demonstrate that the majority of female songbirds sing: 71 percent of all songbird species, in fact.

“We showed that it’s actually the norm for females to sing, and also, that it’s the ancestral state,” she says. 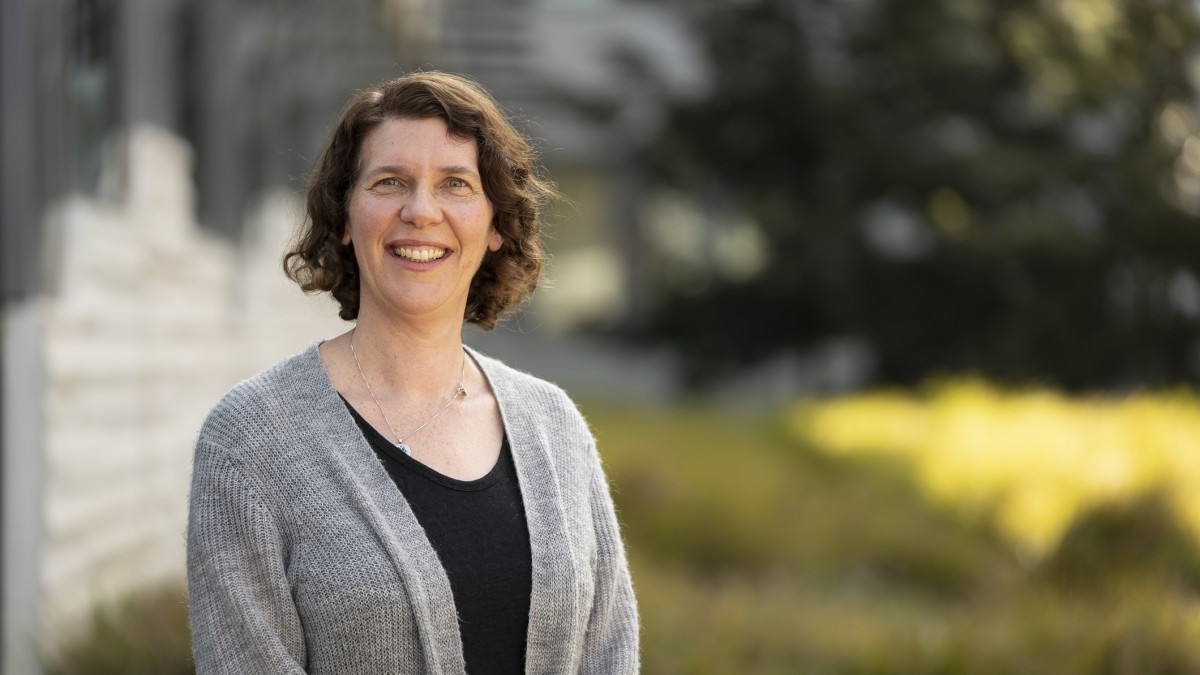 Demonstrating this ancestral state—meaning that all songbirds once sang even if some females have since lost the characteristic—upturned Darwin’s assumption that birdsong evolved from the preference of females for singing males. The paper appeared in Nature Communications in 2014.

“It was news to people,” Professor Langmore says. And five years after publication, she says “it’s still news to people now. Just last week I was at a journal club and had to correct someone who said only male birds sing.”

“In some cases, the evidence hasn’t permeated through to them. But it’s such an entrenched idea that even though people who have read those papers will accept that some females sing, it’s very hard for people to accept that most females sing or that it was the ancestral state.

“That’s a big psychological shift in the behavioural ecology world.”

It’s a shift away from historical, geographical and sex biases which Professor Langmore hopes can expand our understanding of evolution as a whole.

As a result, females of the species are studied less, and we know less about them, creating a data gap which masquerades as knowledge. We think we know, but actually we just haven’t paid attention. It’s another familiar feeling.

To redress this male bias in the science and its scientists, Professor Langmore has formed a working group of biologists—all women—to advocate for sex-inclusive research.

“We’ve all got other research programs but we’ve kept this little group going for periodic collaborations, workshops, publications, and so on, to get the message out there, that female song is the norm.

“We’re recruiting female students and female postdocs and encouraging them to work on these topics of female traits and female behaviour. The only way to spread the message is to keep talking about it.”

Having demonstrated that female song has been grossly underestimated, Professor Langmore and her colleagues are now looking to understand its purpose, and why it’s been lost in some species. They know it’s certainly not functionless: “Females sing for all sorts of reasons—just like males.”

She has started to notice that something might be changing, a quiet twittering of revolution in the wings.

“Not long after we started publishing on female birdsong there were a few reviews that came out about sexual selection on females on all traits, and I think we really contributed to that shift in focus. It’s a whole new field of research.

“I feel like I can say I contributed to that, which is very exciting. I can say I’m doing the right thing by the female bird.”

Welcome to the sisterhood, birdies. We hear you, loud and clear.