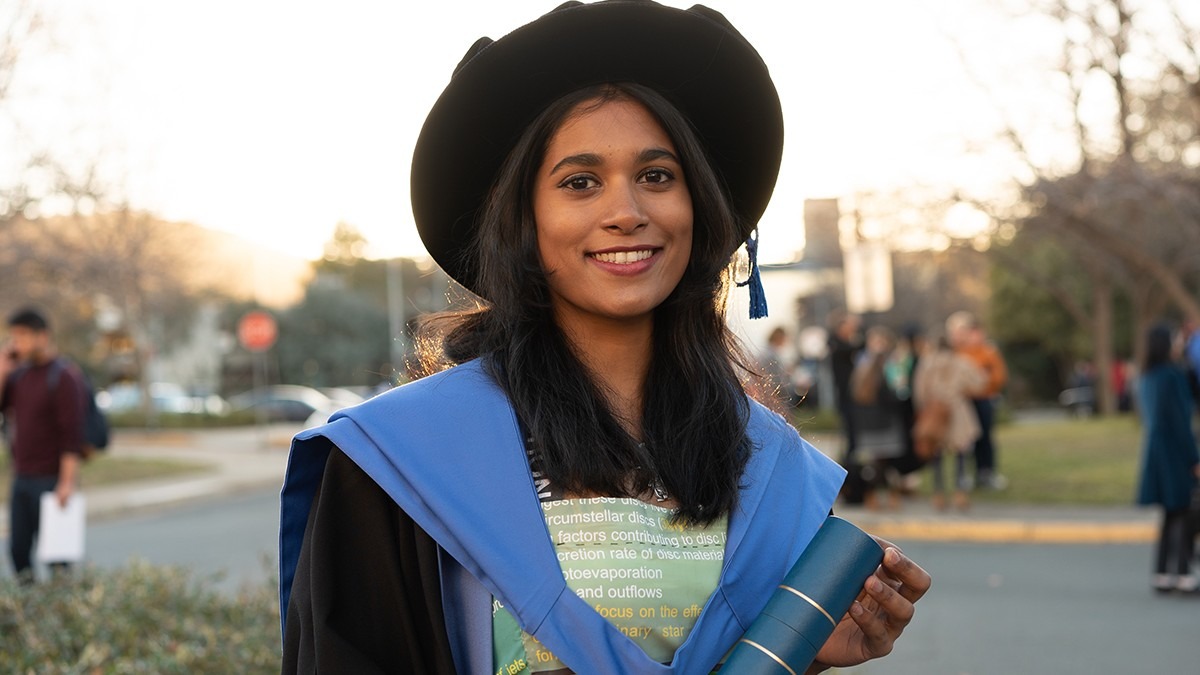 That’s how Rajika Kuruwita begins when explaining her PhD thesis. Despite what you may think, she does not study sci-fi films.

Rajika, known as Reggie, is an astronomer. Her PhD is on a subject which very much exists IRL, but is actually best known from fiction, so that’s where she always starts. Literally: her thesis opens with a quote from Douglas Adams’ The Hitchhiker’s Guide to the Galaxy.

“You know in Star Wars, the planet Tatooine?” she goes on. “Can you tell me something strange about Tatooine?”

Tatooine has two suns, as does Douglas Adams’ planet Magrathea, and Doctor Who’s Gallifrey, and so many other sci-fi planets that there’s actually a Wikipedia page called “Binary stars in fiction”. But when astronomers think about planet formation, they’re not as imaginative as sci-fi writers.

“Usually astronomers think about planets being formed around one sun - because we have one sun and that’s the easiest case to consider,” Reggie says. “We’ve never really thought very much about binary systems or more complicated systems like three or four stars.”

“The thing is, we’ve discovered planets in systems with multiple suns. They exist, they have names, but we don’t know much about their formation. So my thesis is looking at how easy, or difficult, it is for planets to form in these binary systems.

“Basically, I want to know: how likely is Tatooine?”

“The conclusion is we should look at binary stars to find more planets. We’ve sort of ignored them for a while just because they’re hard.”

Reggie received a job offer right after submitting her thesis and is now working as a postdoctoral researcher at the University of Copenhagen. It’s the next step on a journey she started a long time ago, in a galaxy far, far away.

“Astronomy is pretty much what I wanted to do from the very beginning. I always attribute it to my Grade 3 primary school teacher teaching us about the solar system. It blew my mind that there were planets in the solar system so different to Earth, like Venus with its acidic rain and gas giants like Jupiter.

“At that moment, my whole perception of the universe got really big.”

Relative to the universe, the distance between Copenhagen and Canberra doesn’t seem too far, and Reggie says she definitely would not miss the chance to return for her graduation.

“I love this place. I’m sure I’ll always come back, and bring with me lots of connections from around the world.”

Find out how an astronomy degree from ANU can expand your universe.