Longhorn beetles, with their two long, flowing antennae and colourful exoskeletons, have captured the hearts of bug fans for centuries.

They’re also a crucial part of our ecosystem. In fact, the Rhytiphora genus is Australia’s largest and most diverse longhorn beetle genus with almost 200 different species.

But there is a problem. Even though they’re so famous, nobody seems to know the Australian Rhytiphora ‘family tree’.

PhD student Lauren Ashman is on a mission with the ANU Research School of Biology and the CSIRO to find out where these beetles came from. Using DNA sequencing, she hopes to organise Rhytiphora into cleaner groups.

“My project is on longhorn beetle taxonomy—which is describing species and putting a label on them—and phylogenetics, which is building family trees,” Lauren explains.

“I’m doing the detective work to figure out their evolution and where one beetle sits in relation to the others in the family.”

Knowing the family groups is important for museum collectors and conservationists working on Australian land, Lauren says. And also for farmers, for whom longhorn beetles can be timber and crop pests.

“If a species is undescribed, then it’s invisible to the scientific world,” she says. “This makes it hard to research, and to come up with conservation plans.”

PhD student, Lauren Ashman at home in her garden.

So how do you start building the longhorn family tree? In times gone by, scientists would group beetles using their ‘morphology’, including what they look like and what body parts they have.

But this doesn’t always work because of how diverse the many longhorn beetles are. And in an era without technology, figuring out which beetle is which got messy.

“People couldn’t keep track of what other scientists were doing, so they came up with their own classification systems, and it’s never been reconciled,” Lauren explains.

“They would create new genus groups based only on one character, which was actually inconsistent some of the time. Most of my research is looking at those tough groups where the morphologies kind of let us down.”

The most important part of Lauren’s research is using DNA to find and update how we classify all the different Australian longhorn beetles.

“DNA sequences can tell us how morphology relates to actual genetic relationships to help separate these beetles.

“At this stage, we think they’re probably from Asia, and then came into Australia when we had the tectonic plate collision.”

Using dried, pinned samples for rare species, and freshly caught specimens for the common ones, Lauren has sequenced her way through the DNA of the Rhytiphora family tree.

She is currently in the process of analysing the DNA data to put the beetles into better phylogeny family trees, using bioinformatic software.

“We tell the program a model of evolution, which translates the DNA nucleotides to a family tree,” Lauren says. “It searches this statistical space of different trees and finds the one that matches the data correctly.”

While there is still a long way to go, super beetle sleuth Lauren is making strides in figuring out how scientists and conservationists should group Australia’s largest, most colourful group of beetles.

After all, the diversity of Rhytiphora longhorn beetles is hard to beat.

Have a passion for insects, creepy crawlies and other living things? The ANU Research School of Biology has plenty of research opportunities on offer. 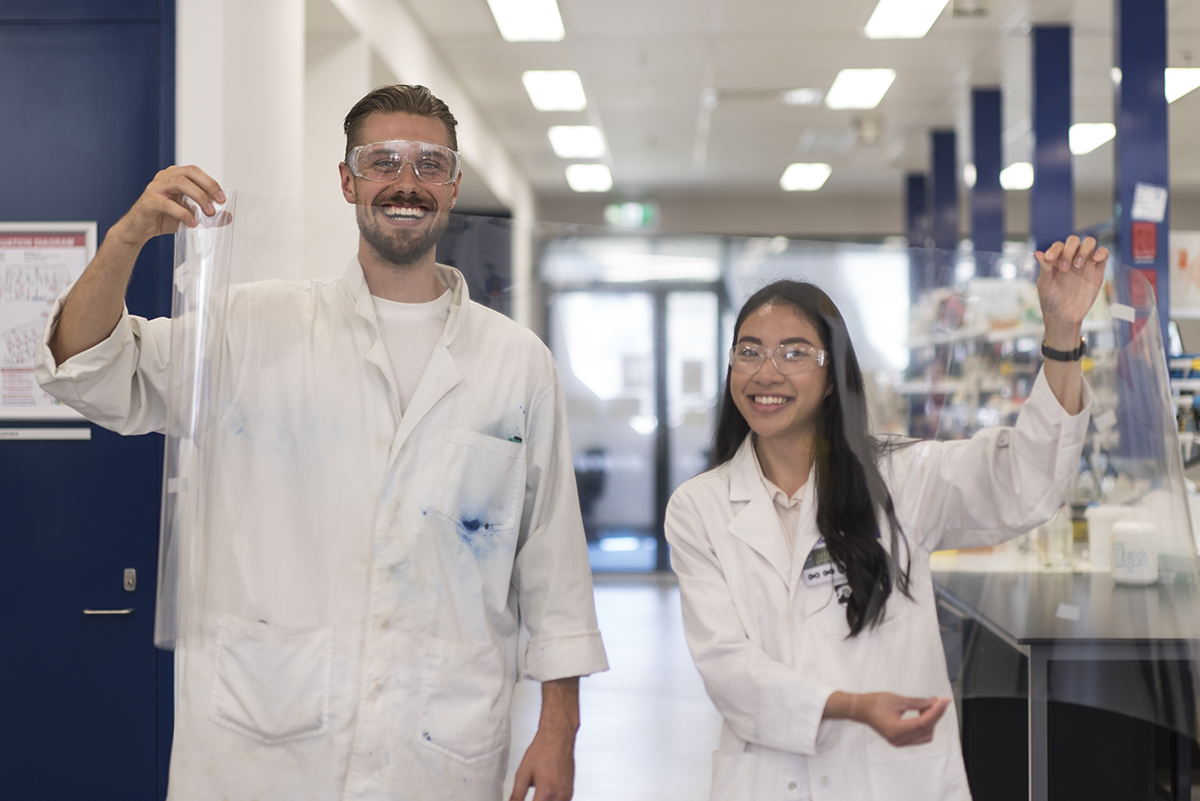 Breakin’ it down with plastic-degrading enzymes

Two PhD students are harnessing the power of an enzyme to break down plastic.

This is not the easiest work to explain to your family: you spend your days watching beetle sex tapes.