The extreme, recent drought has devastated many communities around the Murray-Darling Basin, but the processes driving drought are still not well understood.

Our new study helps to change this. We threw a weather model into reverse and ran it back for 35 years to study the natural processes leading to low rainfall during drought.

And we found the leading cause for drought in the Murray-Darling Basin was that moisture from oceans didn’t reach the basin as often as normal, and produced less rain when it did. In fact, when moisture from the ocean did reach the basin during drought, the parched land surface actually made it harder for the moisture to fall as rain, worsening the already dry conditions.

These findings can help resolve why climate models struggle to simulate drought well, and ultimately help improve our ability to predict drought. This is crucial for our communities, farmers and bushfire emergency services.

There’s still a lot to learn about rain

The most recent drought was relentless. It saw the lowest rainfall on record in the Murray-Darling Basin, reduced agricultural output, led to increased food prices, and created tinder dry conditions before the Black Summer fires.

Drought in the Murray-Darling Basin is associated with global climate phenomena that drive changes in ocean and atmospheric circulation. These climate drivers include the El Niño and La Niña cycle, the Indian Ocean Dipole and the Southern Annular Mode.

Each influences the probability of rainfall over Australia. But drivers like El Niño can only explain around 20% of Australian rainfall — they only tell part of the story.

To fully understand the physical processes causing droughts to begin, persist and end, we need to answer the question: where does Australia’s rainfall come from? It may seem basic, but the answer isn’t so simple.

Where does Australia’s rainfall come from?

Broadly, scientists know rainfall derives from evaporation from two main sources: the ocean and the land. But we don’t know exactly where the moisture supplying Australia’s rainfall originally evaporates from, how the moisture supply changes between the seasons nor how it might have changed in the past.

To find out, we used a sophisticated model of Australia’s climate that gave data on atmospheric pressure, temperature, humidity, winds, rainfall and evaporation.

We put this data into a “back-trajectory model”. This traced the path of water from where it fell as rain, backwards in time through the atmosphere, to uncover where the water originally evaporated from. We did this for every day it rained over Australia between 1979 and 2013.

Not surprisingly, we found more than three-quarters of rain falling in Australia comes from evaporation from the surrounding oceans. So what does this mean for the Murray-Darling Basin?

This means low rainfall during these droughts was a result of anomalies in atmospheric circulation, which prevented the easterly flow of ocean moisture. The droughts broke when moisture could once again be transported into the basin. 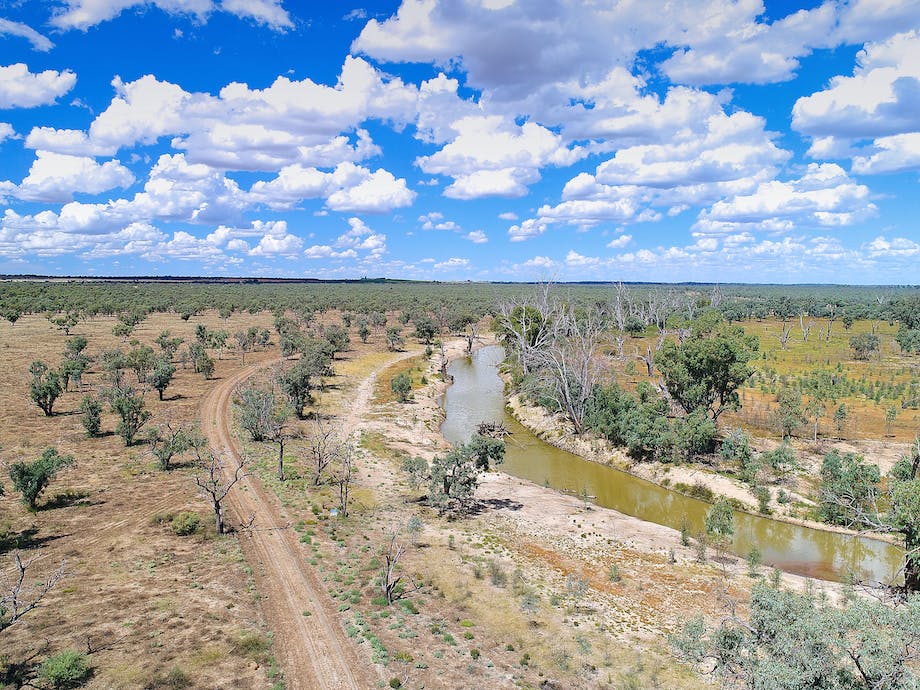 A lack of vegetation on the land can exacerbate drought. Shutterstock

The Murray-Darling Basin was also one of the regions in Australia where most “rainfall recycling” happens. This is when, following rainfall, high levels of evaporation from soils and plants return to the atmosphere, sometimes leading to more rain – particularly in spring and summer.

This means if we change the way we use the land or the vegetation, there is a risk we could impact rainfall. For example, when a forest of tall trees is replaced with short grass or crops, humidity can go down and wind patterns change in the atmosphere above. Both of these affect the likelihood of rain.

In the northern part of the basin, less evaporation from the dry land surface exacerbated the low rainfall.

On the other hand, when the drought broke, more moisture evaporated from the damp land surface, adding to the already high levels of moisture coming from the ocean. This meant the region got a surplus of moisture, promoting even more rain.

This relationship was weaker in the southern part of the basin. But interestingly, rainfall there relied on moisture originating from evaporation in the northern basin, particularly during drought breaks. This is a result we need to explore further.

Summer rain not so good for farmers

Rainfall and moisture sources for Australia and the Murray-Darling Basin are changing. In the past 35 years, the southeast of the country has been receiving less moisture in winter, and more in summer. 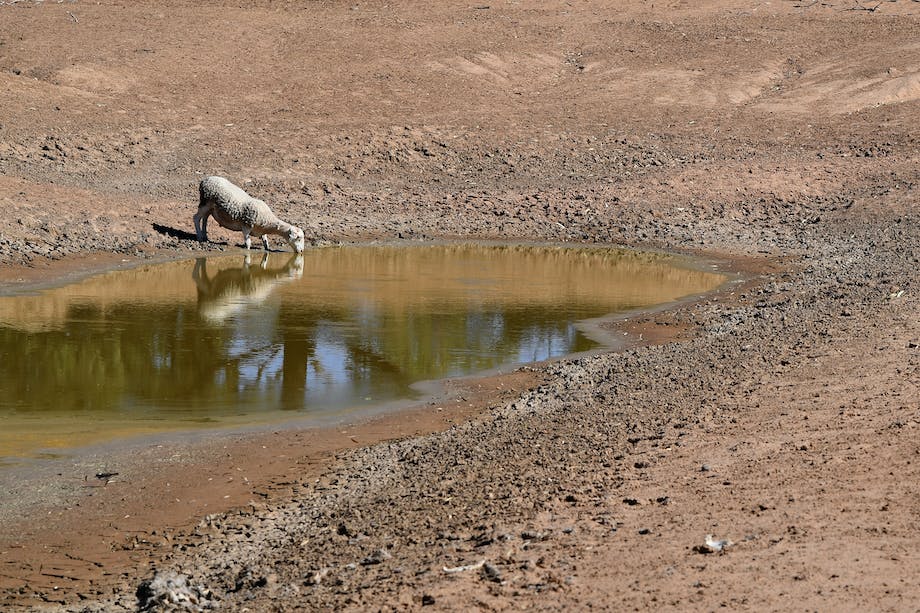 Southeast Australia has been getting more rain in summer and less in winter over the past 35 years. AAP Image/Dean Lewins

This has important implications, particularly for agriculture and water resource management.

For example, more rainfall in summer can be a problem for horticultural farms, as it can make crops more susceptible to fungal diseases, decreases the quality of wine grape crops and affects harvest scheduling.

Understanding where our rainfall comes from matters, because it can improve weather forecasts, seasonal streamflow forecasts and long-term rainfall impacts of climate change. For a drought-prone country like Australia — set to worsen under a changing climate — this is more crucial than ever.

All cultures have communicated their knowledge in diverse and marvellous ways throughout time. Failing to see the significance of this is racist and lazy.

Habitat destruction by logging and agriculture is pushing parrot species towards extinction, while current protected areas are failing to mitigate these effects, according to new research.