Anastasiia Zalogina from the Nonlinear Physics Centre led a project to convert infrared laser light to high harmonics (up to sevenfold shorter wavelengths ranging from visible towards UV spectrum), using a single cylinder of aluminium gallium arsenide with a diameter about 50 times smaller than a human hair.

“With such light sources we will be able to see in the optical microscope much tinier things, like individual viruses, or monitor in real time fabrication of nanometre-scale semiconductor chips for computers and smartphones,”

“We will also be able to trace dynamics of electron clouds of atoms and molecules in real time.”

High harmonic generation is one of only a few methods for creating tunable laser radiation at extreme wavelengths such as the extreme ultraviolet or even x-ray ranges. The process relies on nonlinear light-matter interactions - a response of a material to very high-power laser radiation. This also leads to extremely short pulses – as short as attoseconds (shorter than a millionth of a billionth of a second) and has spawned the entire field of attophysics.

Conventionally, high harmonics generation occurs in sizeable volumes of gases or plasma. This work is the first to demonstrate the high harmonic generation using one single solid-state component smaller than the pump wavelength – a much miniaturised method compared with common approaches.

“High harmonic generation has promising prospects in exploring the area of nonlinear optics and photonics, and applications in bio-imaging due to higher penetration depth and reduced photobleaching,” Ms Zalogina said.

Initial results disappointed the team. Instead of sharp peak of short wavelength light, whose wavelength could be tuned, the small cylinder generated a broad spread of wavelengths that did not change as the pump laser was tuned.

“However, disappointment turned to a Eureka moment when we realised we had observed a different but related phenomenon, multiphoton luminescence,” Ms Zalogina said.

This effect hinges on absorption of multiple photons to reach a resonant energy level of the medium, which leads to radiation emitted from the resonant level. Modelling confirmed the mechanism was absorption of five photons at once – surpassing previous observations of four-photon luminescence - the first observation of the effect in such a tiny dielectric structure.

The team reported their observation in Nano Letters, noting that judicious choice of the diameter of the cylinder allowed the effect to be optimised by up to 10 000 times.

They were able to clearly observe their pump radiation (wavelength ~3.6 um) being upconverted to fifth (~700 nm) and seventh (~500nm) harmonic radiation. The results are currently available in the Proceedings of CLEO Conference.

Ms Zalogina said the success with a micron-scale single component was gratifying.

“It is particularly challenging to concentrate the invisible mid-infrared radiation right into the centre of an object that is 50 times smaller in diameter than a human hair and to observe such delicate effects as high-order nonlinear light-matter interactions.” 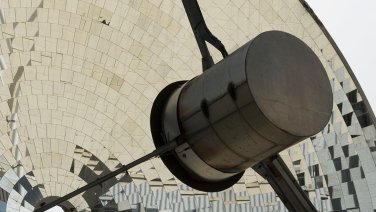 The Master of Science in Precision Instrumentation & Measurement covers topics such as noise and measurement, photonic sensing systems, electronics and data analysis. 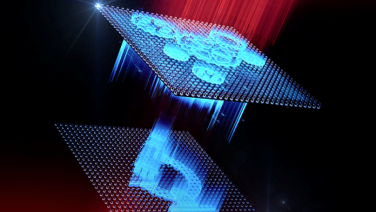 Physicists at The Australian National University (ANU) have developed tiny translucent slides capable of producing two very different images depending on the direction in which light travels through them. 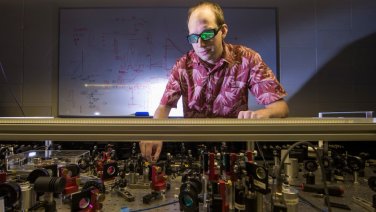 Canberra is one step closer to being Australia's home to deep space laser communication, thanks to a government funding for researchers at ANU.