Australia is experiencing widespread, rapid climate change not seen for thousands of years and may warm by 4℃ or more this century, according to a highly anticipated report by the Intergovernmental Panel on Climate Change (IPCC).

The assessment, released on Monday, also warns of unprecedented increases in climate extremes such as bushfires, floods and drought. But it says deep, rapid emissions cuts could spare Australia, and the world, from the most severe warming and associated harms.

The report is the sixth produced by the IPCC since it was founded in 1988 and provides more regional information than any previous version. This gives us a clearer picture of how climate change will play out in Australia specifically.

It confirms the effects of human-caused climate change have well and truly arrived in Australia. This includes in the region of the East Australia Current, where the ocean is warming at a rate more than four times the global average.

We are climate scientists with expertise across historical climate change, climate projections, climate impacts and the carbon budget. We have been part of the international effort to produce the IPCC report over the past three years.

The report finds even under a moderate emissions scenario, the global effects of climate change will worsen significantly over the coming years and decades. Every fraction of a degree of global warming increases the likelihood and severity of many extremes. That means every effort to reduce greenhouse gas emissions matters. 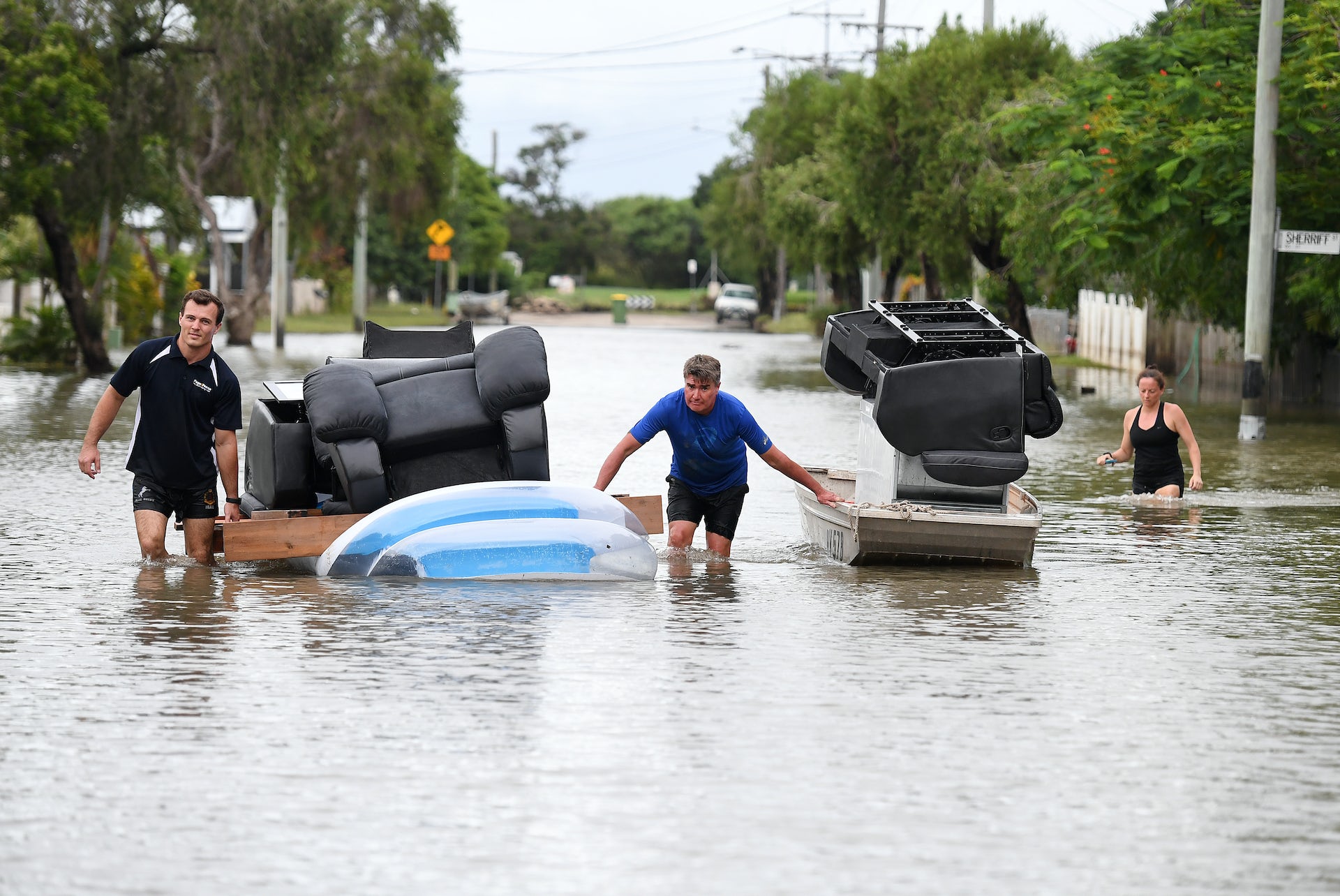 Australia is, without question, warming

Australia has warmed by about 1.4℃ since 1910. The IPCC assessment concludes the extent of warming in both Australia and globally are impossible to explain without accounting for the extra greenhouse gases in the atmosphere from human activities.

The report introduces the concept of Climate Impact-Drivers (CIDs): 30 climate averages, extremes and events that create climate impacts. These include heat, cold, drought and flood.

The report confirms global warming is driving a significant increase in the intensity and frequency of extremely hot temperatures in Australia, as well as a decrease in almost all cold extremes. The IPCC noted with high confidence that recent extreme heat events in Australia were made more likely or more severe due to human influence.

The IPCC report notes very high confidence in further warming and heat extremes through the 21st century – the extent of which depends on global efforts to reduce greenhouse gas emissions. 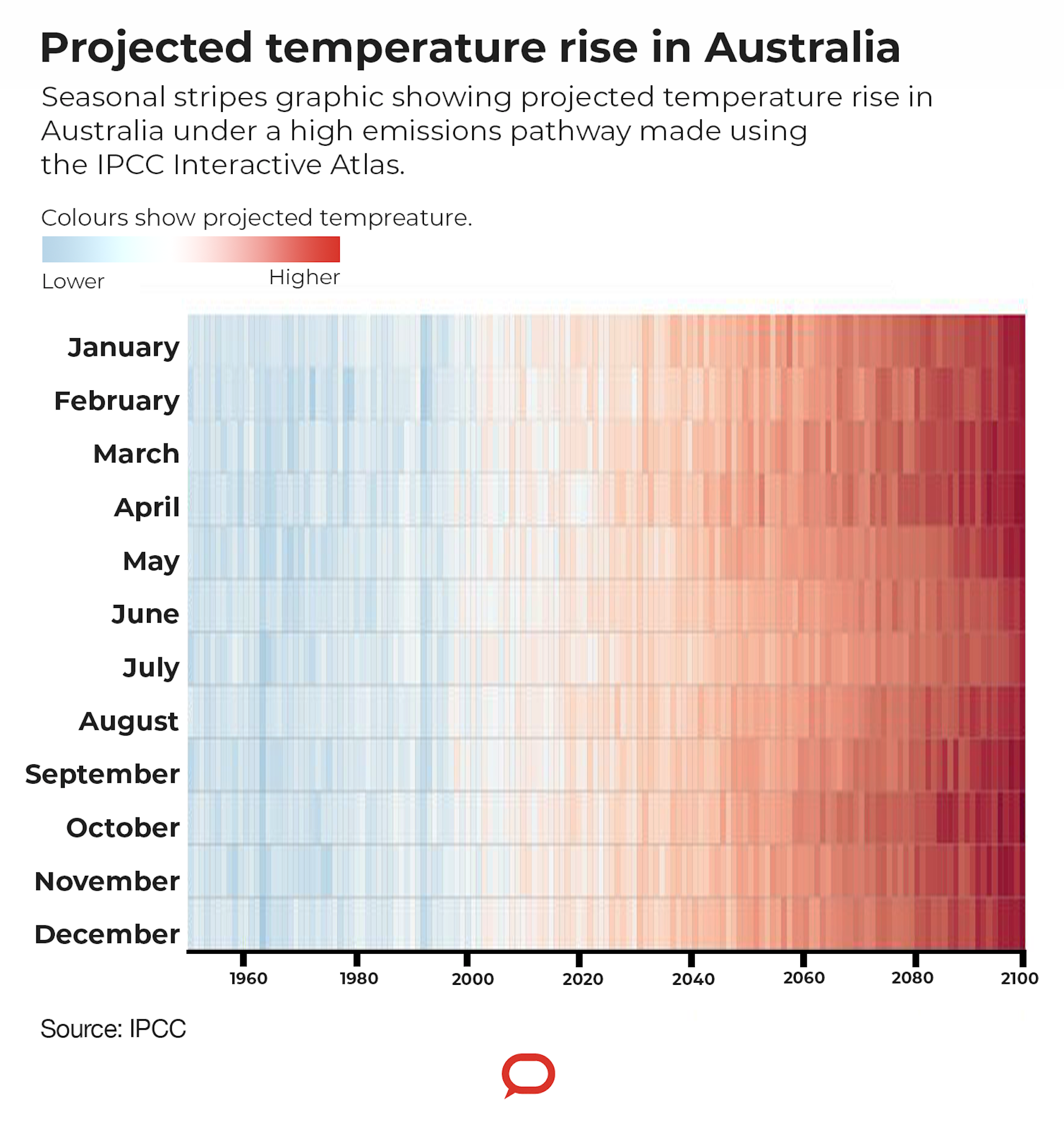 The IPCC says as the planet warms, future heatwaves in Australia – and globally – will be hotter and last longer. Conversely, cold extremes will be both less intense and frequent.

The southwest of Western Australia remains a globally notable hotspot for drying attributable to human influence. The IPCC says this drying is projected to continue as emissions rise and the climate warms. In southern and eastern Australia, drying in winter and spring is also likely to continue. This phenomenon is depicted in the graphic below. 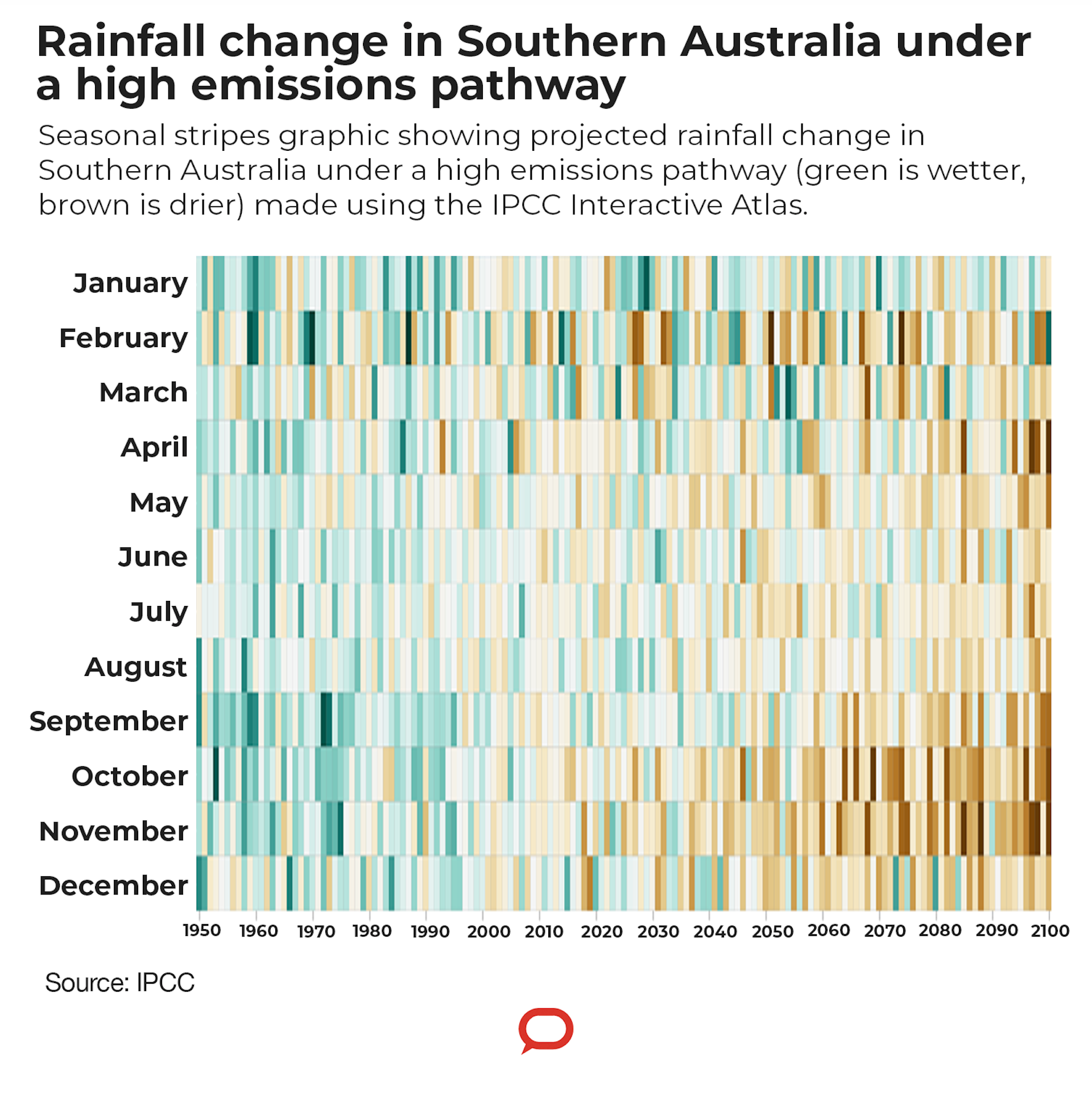 Climate extremes on the rise

Heat and drying are not the only climate extremes set to hit Australia in the coming decades. The report also notes:

Under a warmer climate, extreme rainfall in a single hour or day can become more intense or more frequent, even in areas where the average rainfall declines.

This century, for example, sandy shorelines in places such as eastern Australia are projected to retreat by more than 100 metres, under moderate or high emissions pathways. 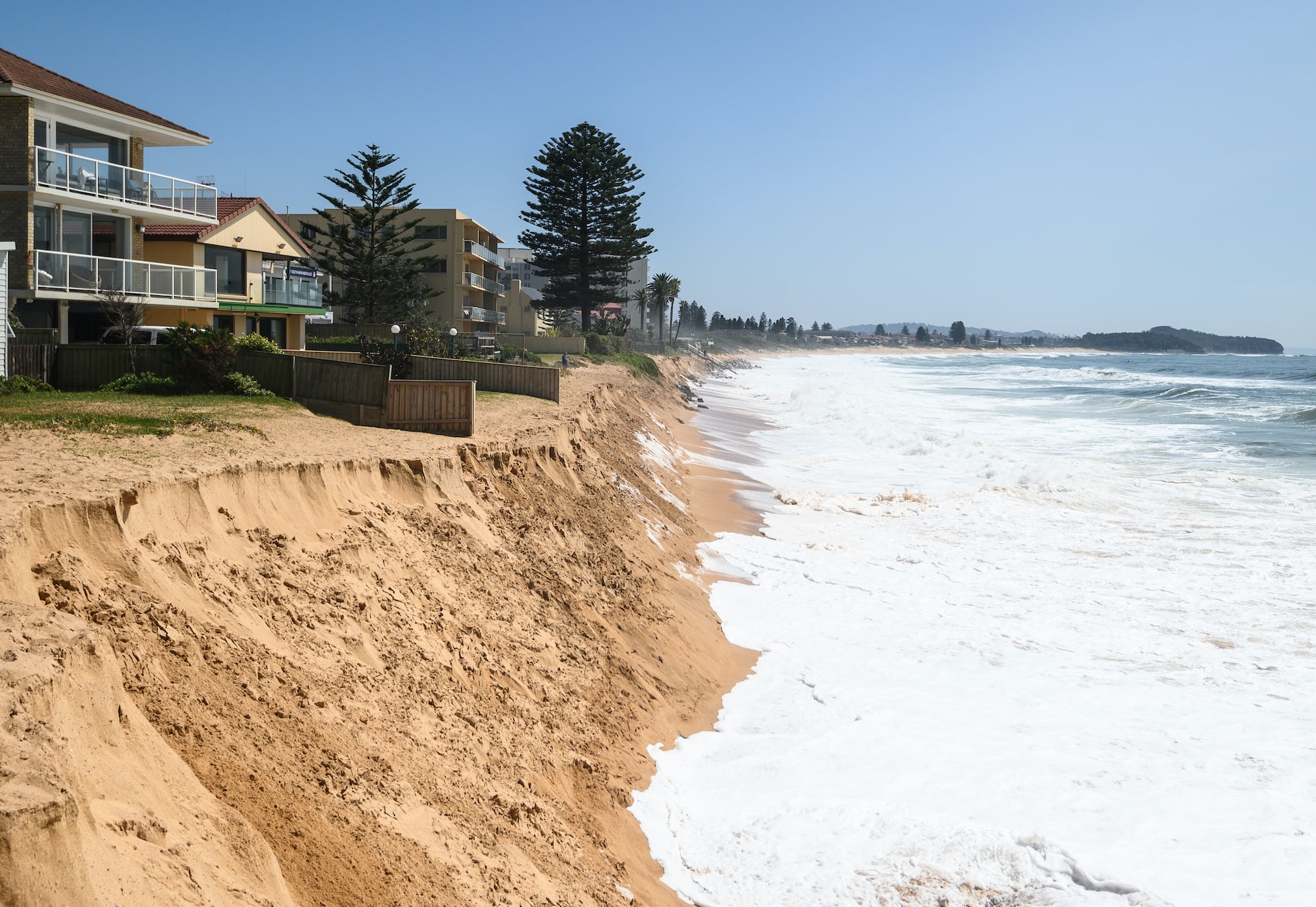 Some sandy shorelines may retreat by more than 100 metres. James Gourley/AAP

The IPCC report says globally, climate change means oceans are becoming more acidic and losing oxygen. Ocean currents are becoming more variable and salinity patterns – the parts of the ocean that are saltiest and less salty – are changing.

It also means sea levels are rising and the oceans are becoming warmer. This is leading to an increase in marine heatwaves such as those which have contributed to mass coral bleaching on the Great Barrier Reef in recent decades.

Notably, the region of the East Australia Current which runs south along the continent’s east coast is warming at a rate more than four times the global average.

The phenomenon is playing out in all regions with so-called “western boundary currents” – fast, narrow ocean currents found in all major ocean gyres. This pronounced warming is affecting marine ecosystems and aquaculture and is projected to continue.

Read more: We just spent two weeks surveying the Great Barrier Reef. What we saw was an utter tragedy 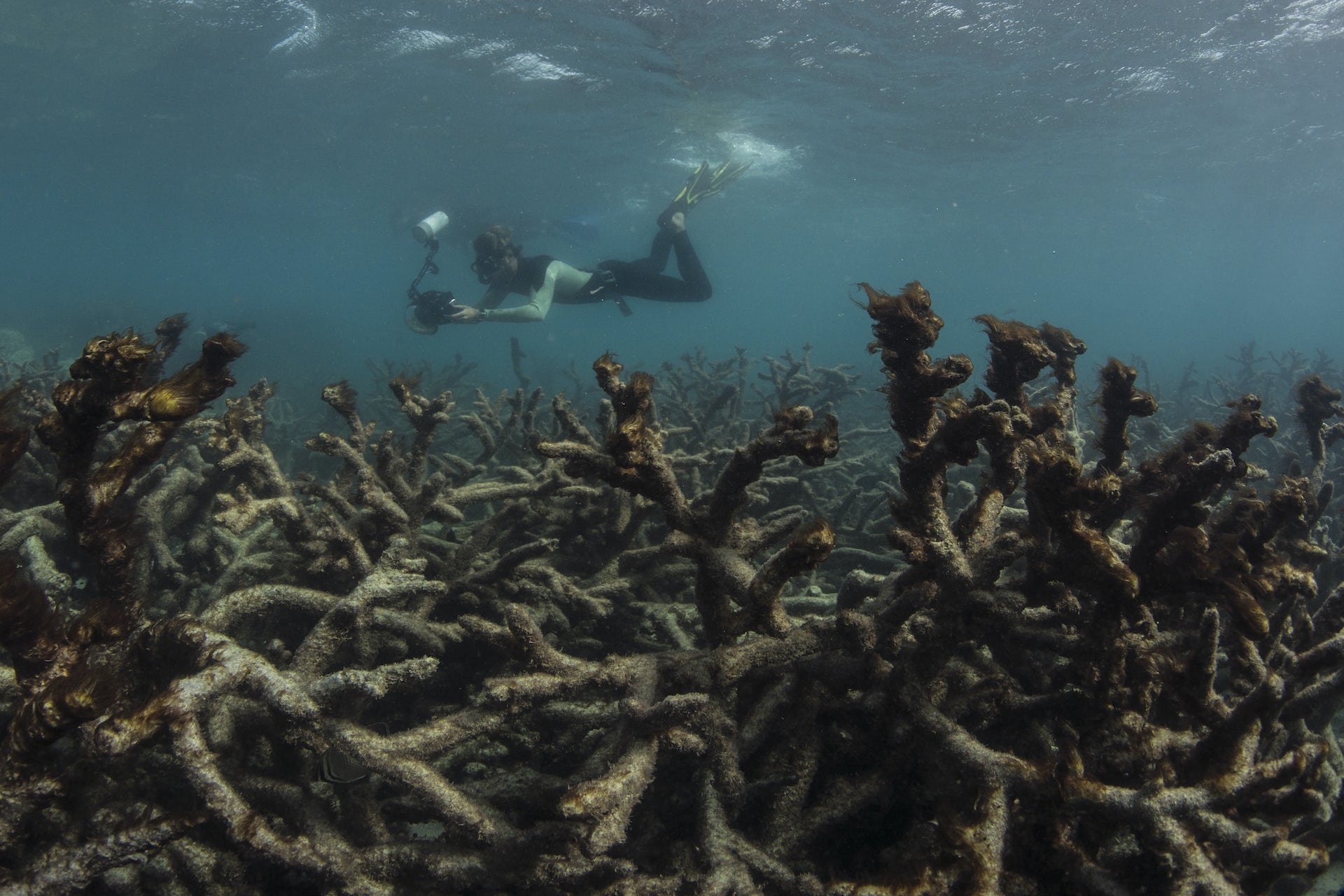 The region of the East Australia Current, which includes the Great Barrier Reef, is warming at a rate more than four times the global average. XL Catlin Seaview Survey

Where to from here?

Like all regions of the world, Australia is already feeling the effects of a changing climate.

The IPCC confirms there is no going back from some changes in the climate system. However, the consequences can be slowed, and some effects stopped, through strong, rapid and sustained reductions in global greenhouse gas emissions.

And now is the time to start adapting to climate change at a large scale, through serious planning and on-ground action.

To find out more about how climate change will affect Australia, the latest IPCC report includes an Interactive Atlas. Use it to explore past trends and future projections for different emissions scenarios, and for the world at different levels of global warming.

Read more: This is the most sobering report card yet on climate change and Earth's future. Here’s what you need to know