Scientists from The Australian National University (ANU) have detected a mysterious new recreational drug not seen in Australia before, nor toxicologically described anywhere else.

The drug, which the scientists are labelling "CanKet", shares similar chemical qualities to ketamine, but with a unique makeup previously unseen.

The finding was made as part of their work with Australia's first fixed pill testing site, CanTEST, located in Canberra.

"Someone presented a small plastic bag of crystals and powder to the testing service," Professor Malcolm McLeod, from ANU, said.

"They told us that they thought it was ketamine but that the effects of the drug were very different to what they expected, so they wanted us to test it.

"But when we tested the substance it was clear it wasn't ketamine, but rather a ketamine like substance. That's why we have called it CanKet -as in Canberra ketamine.

"While we have a clear read out of the chemical structure of the drug, we're still not quite sure of what its effects are.

"Our initial reaction was 'whoa, this is really weird'. We have no idea who made the drug and where it came from. But we now know it's out there."

Ketamine is typically snorted or injected but can also be taken orally. It provides a powerful high for about an hour and is related to anaesthetics, including horse tranquilisers.

Common side effects include nightmares, hallucination, high blood pressure, and confusion. In recreational use, it is also associated with a phenomenon known as the 'k-hole'-a state of dissociation akin to an out-of-body experience.

"Ketamine is a potent drug, used regularly and safely as a 'dissociative' sedative in the management of acute medical and veterinary conditions," emergency department consultant and clinical drug expert Associate Professor David Caldicott, from ANU, said.

"Traditionally, much of the ketamine that we have found in the illicit market has been diverted from these sources. This is something quite new, which has never been reported, anywhere, by a drug checking service.

"While it would be fair to say we understand ketamine very well as a drug, we literally have no other data as to what the acute or chronic effects of this close cousin might be. And that is disconcerting. Assuming that it is 'safe' because it appears related to ketamine would be an error of judgement.

"This is why services like CanTEST are so invaluable. It allows us to identify never-before-seen drugs, as well as common drugs, and provide people who use the service clear guidance on the likely health and other effects of these drugs. This can potentially save lives.

"This time around the testing service has identified a product never before seen in Australia, or most other parts of the world, and with no clinical information associated with it anywhere.

"And while we don't know all the effects of this particular drug just yet, we can give people a clearer idea of the likely effects, based on the chemical makeup it has and advise them accordingly."

The scientists' investigations into CanKET continue.

CanTEST is Australia's first and only fixed-site, face-to-face drug checking service. The service is a collaboration between Directions Health Services, CAHMA, Pill Testing Australia and ACT Health, with advice provided by scientists from ANU. 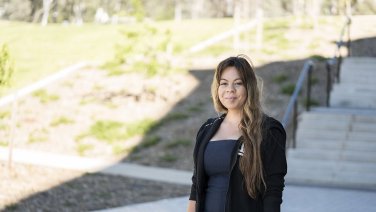 Weighing up the communication challenges of pill testing

Stephanie David's research combines her studies with her experience as an active member of Canberra’s music scene. 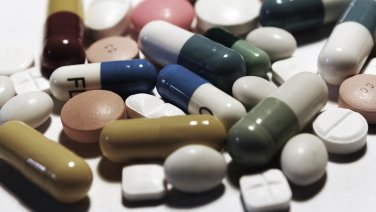 Research led by ANU has drilled down to the molecular level to find similarities across six pharmaceutical drugs, to find a way to reduce unwanted side effects.

Research led by The Australian National University (ANU) could lead to new ways to detect performance-enhancing drugs at the Olympics and other major sport events.