Sponges are the simplest of animals, and they may stand at the root of all complex animal life on Earth, including us humans. Scientists study the evolution of the earliest sponges, hundreds of millions of years ago, to learn about the conditions that led life to develop from single-celled amoeba-like creatures to the large, mobile and even intelligent animals that surround us today.

Exactly when and how animals emerged on our planet is a subject of fierce debate among scientists. While the most ancient sponge fossils ever found are around 540 million years old, some have argued that fossil molecules dating from 635 million years ago are evidence of earlier animal life.

However, we have now shown that these fossil molecules may actually have been produced by algae and later transformed by geological forces to resemble traces of animal fats. Our international team of scientists, from the Max Planck Institute for Biogeochemistry, the University of Bremen, the Australian National University, the University of Strasbourg, CSIRO and Caltech, have outlined our discoveries in two complementary papers published in Nature Ecology and Evolution today.

Ancient fat in the limelight

The oldest fossil remnants of sponges that can be recognised in ancient rocks are around 540 million years old and date to the early Cambrian period. But there are yet older fossils of animals that belong to the biota of the Ediacara period.

Among the enigmatic Ediacaran creatures that lived up to 40 million years before the “Cambrian explosion” of complex life was an oval-shaped organism called Dickinsonia. It could exceed one meter in size and its segmented body is popularly depicted as something like a quilted air-mattress.

A recent study detected fossil cholesterol, 558 million years old, in Dickinsonia fossils. Cholesterol is a characteristic animal fat, so this suggests that Dickinsonia really was a genuine animal rather than a fungus or something else. 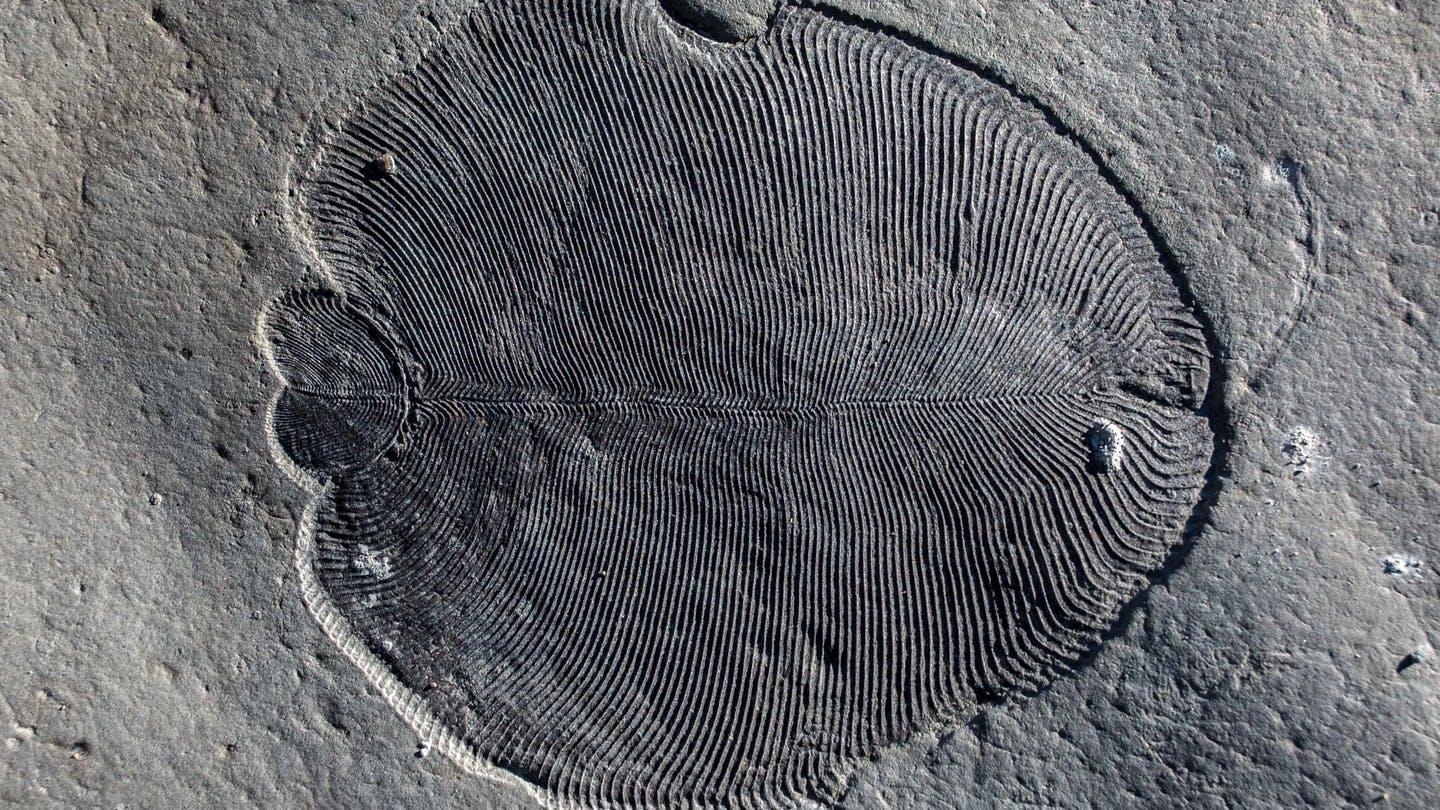 A cast of a fossil imprint left by the ancient creature Dickinsonia. Ilya Bobrovskiy, Author provided

But even older than these cholesterol traces found in body fossils are fossilised organic molecules found alone. In 2009, a team of scientists discovered molecules called sterols in 635 million-year-old sediments in Oman on the Arabian Peninsula that once was the bottom of an inland sea.

At the time the study was conducted, the only organisms that were known to produce similar sterols were specific sponges. Here was the long-sought earliest evidence for animals in the world.

What is more, the fossil “sponge sterols” were found in rocks of this age around the globe, suggesting that these animals were very abundant, possibly covering much of the ocean floor.

This exciting discovery suggested that the ancient fat recovered from rocks in Oman represented some of the first recognisable traces that animals left on our planet. But do ancient fat signatures alone really suffice to reconstruct early animal evolution?

Unfortunately, interpretation of fossil sterols from million-year-old rocks may not be as straightforward as comparing it to the sterols of living organisms. After an organism dies, its remains settle on the bottom of the ocean. They get buried deeper and deeper as sediment builds up, and as the temperature rises, the biological molecules begin to change.

To the disappointment of us scientists, most knowledge about organisms of the past gets erased by these changes. The most informative parts of the molecules are also the most fragile, and they disappear over time to leave behind a more generic, chemically rigid skeleton.

We wondered whether other changes might occur as well, potentially producing molecules that look like fossil sterols of modern sponges but actually have nothing to do with animals. Working in two groups, we approached this question from different ends. 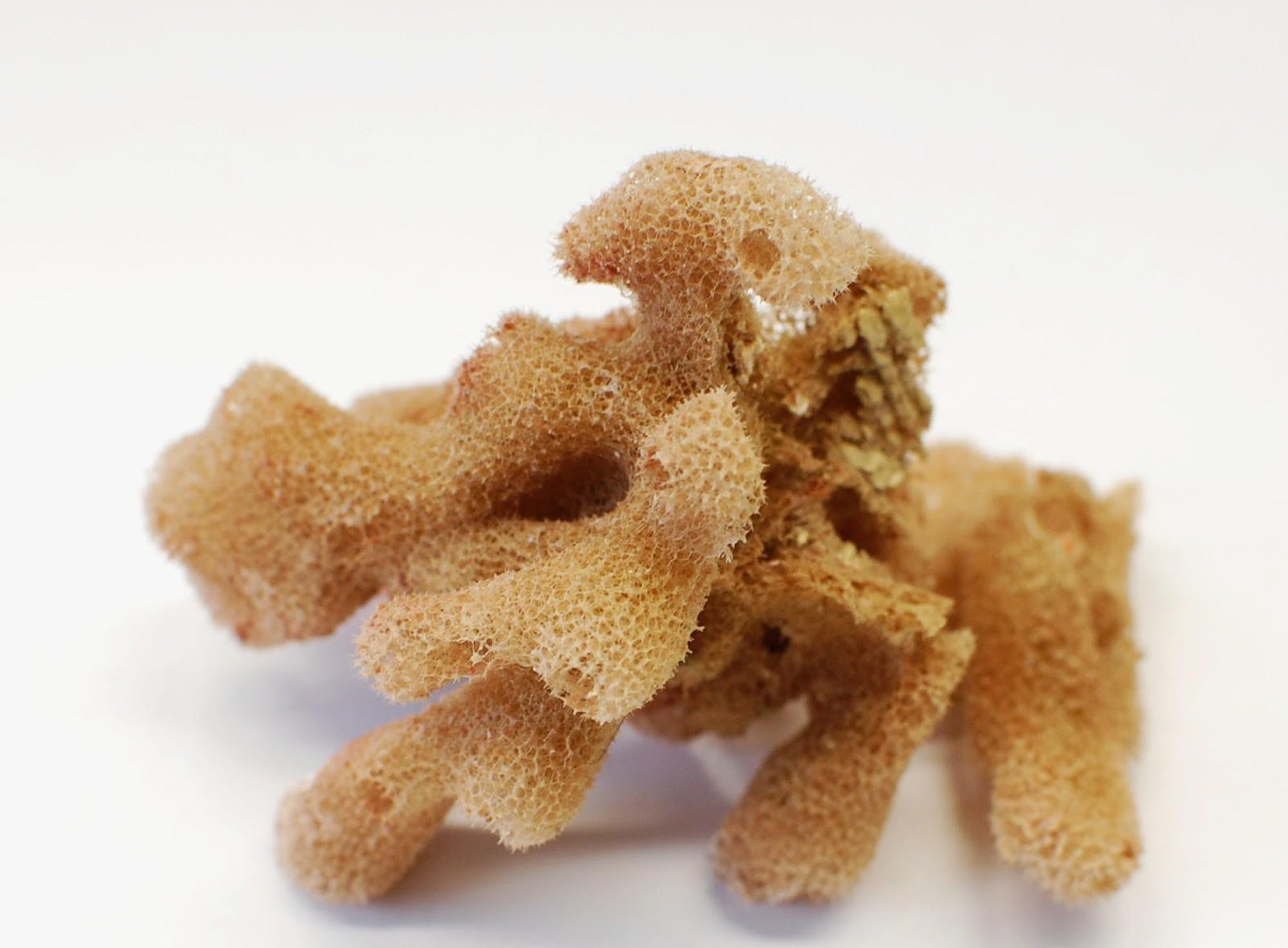 Sponges are among the simplest and earliest animals to have evolved on Earth. Mareike Neumann, Author provided

One study, headed by Lennart van Maldegem and Benjamin Nettersheim, focused on sterol molecules preserved in sediments up to 800 million years old. It was thought that these molecules might extend the geological record of animals even deeper into Earth’s history than the famous Oman signatures.

In these sediments, the study uncovered a significant connection between some of the sponge-associated molecules and compounds known to be generated through geological alterations, indicating that they shared the same origin. To verify this hypothesis, we then carried out laboratory experiments to simulate the effect of geological heating on particular molecules produced by algae. The resulting molecular signatures were surprisingly similar to those of the ancient rocks. So the fossil fat provides interesting insights into the molecular make-up of early algae, but unfortunately does not illuminate early animal evolution.

The second study, led by Ilya Bobrovskiy, focused on green algae themselves. Today they are mainly common in ponds, rivers and tidal pools, but between 500 million and 650 million years ago they dominated oceans all over the world.

By heating green algal molecules in the laboratory – similar to what happens to molecules in rocks – this study showed that some of the most common sterols of green algae can be easily altered into sponge-like molecules. This indicates that also the ancient Oman signature may represent sterols that were originally produced by primitive algae and subsequently altered by geological processes. It turns out that even ancient fat can be deceptive.

Together, our two studies demonstrate that sponge-associated molecules in ancient rocks are not a tell-tale sign of animals. Instead, they were most likely generated by the remains of common algae exposed to geological heating.

These results should now finally settle the long-lasting debate surrounding the oldest molecular traces of early animals. There currently is no evidence that sponge-like animals conquered the oceans before 540 million years ago, when the first unambiguous fossils of sponges and most other groups of animals start to appear in the geological record. The earliest evidence for animals on Earth is now the 558 million-years-old Dickinsonia and other Ediacaran animals.