Last week we learned woody vegetation in New South Wales is being cleared at more than double the rate of the previous decade – and agriculture was responsible for more than half the destruction.

Farming now covers 58% of Australia, or 385 million hectares, and accounts for 59% of water extracted.

It’s painfully clear nature is buckling under the weight of farming’s demands. In the past decade, the federal government has listed ten ecological communities as endangered, or critically endangered, as a result of farming development and practices.

So how can we accommodate the needs of both farming and nature? Research shows us how – but it means accepting land as a finite resource, and operating within its limits. In doing so, farmers will also reap benefits. 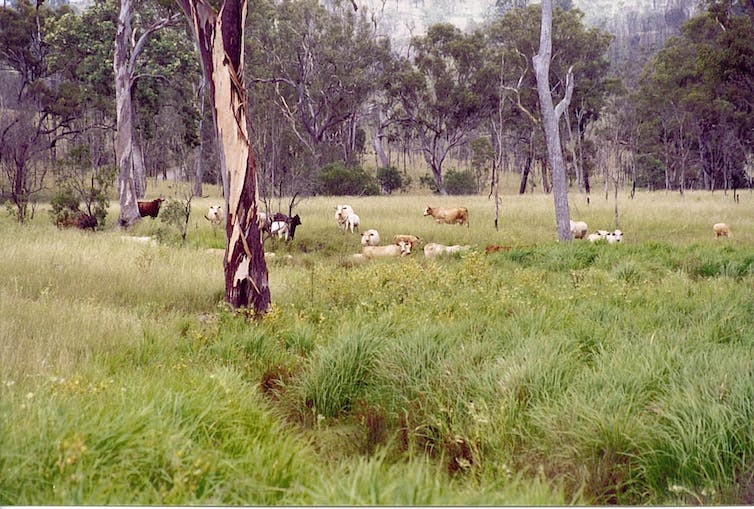 In the 1990s, I worked as a research ecologist in the cattle country of sub-tropical Queensland. The prevailing culture valued agricultural development over conservation. Yet many of these producers lived on viable farms that supported a wealth of native plants and animals.

They made a living from the native grassy eucalypt woodlands, an ecosystem that extends from Cape York to Tasmania. In these healthy landscapes, vigorous pastures of tall perennial grasses protected the soil, enriched it with carbon and fed the cattle.

By 2006, 4.5 million hectares of box-gum grassy woodland – or 90% – in temperate Australia had been destroyed. 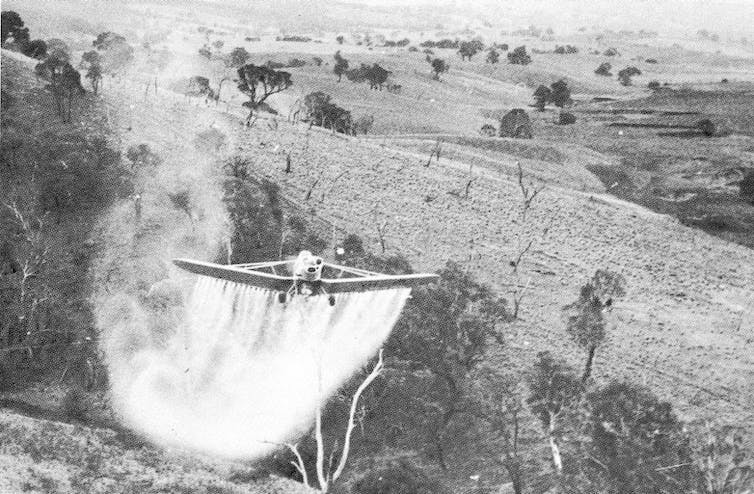 A template for sustainability

Back in Queensland in the 1990s, my colleagues and I devised a template for sustainable land use. Funded by the livestock industry and a now-defunct federal corporation, we worked with producers and government agencies to find the right balance between farm production and conserving natural resources.

Our research concluded that for farming to be sustainable, intensive land uses must be limited. Such intensive uses include crops and non-native pastures. They are “high input”, typically requiring fertilisers, herbicides and pesticides, and some form of cultivation. They return greater yields but kill native plants, and are prone to soil and nutrient runoff into waterways.

But our template was not adopted as conventional farming practice. In the past 20 years, Australia’s cropping area has increased by 18,200 square kilometres.

By 2019, 38,000 square kilometres of poplar box grassy woodland in Australia had been cleared – more than half the size of Tasmania. The ecosystem was listed as endangered in 2019. Until that point, it had been considered invasive native scrub in NSW – exempting it from clearing regulations – and was systematically cleared for agriculture in Queensland. 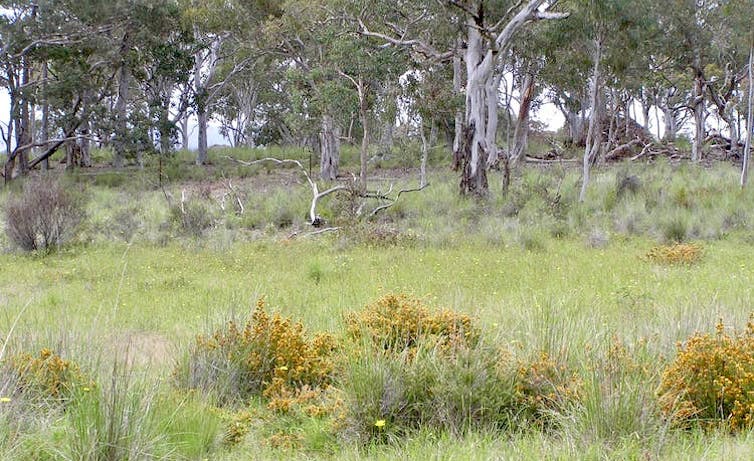 Hearteningly, our research was recently revived in a multidisciplinary study of regenerative grazing on the grassy woodlands of NSW. The template was used to assess the ecological condition of participating farms.

The study examined differences in profitability between graziers who had adopted regenerative techniques such as low-input pasture management, and all other sheep, sheep-beef and mixed cropping-grazing farmers in their region.

So what does our template involve? First, it identifies four types of land use relevant to farmed grassy woodland regions.

Second, it specifies the proportion of land that should be allocated to each use, in order to achieve landscape health (see pie chart below). The proportions can be applied to single farm, or entire districts or regions. 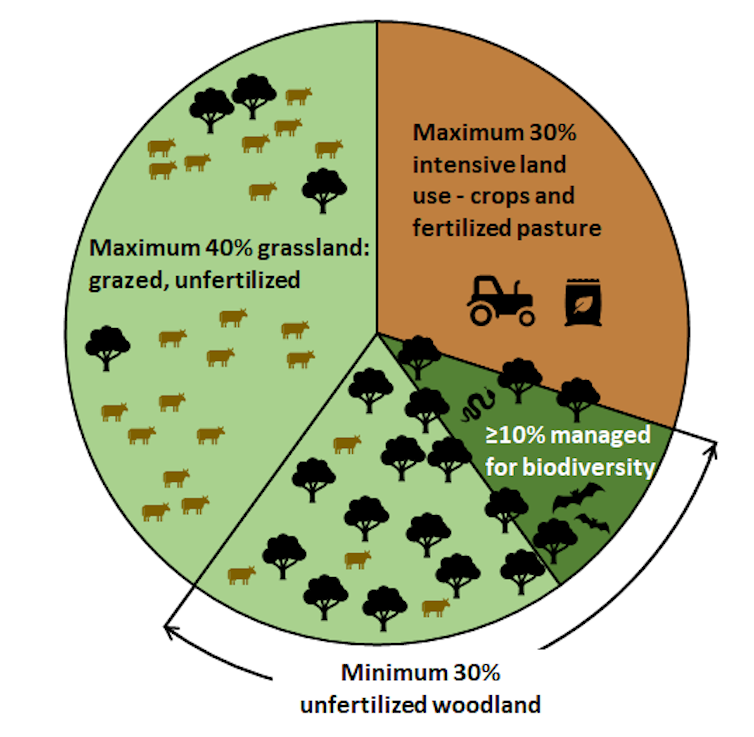 How to sustain production, natural resources and native flora and fauna on a landscape or farm. Sue McIntyre

Intensive land use involves activities that replace nearly all native species. If these activities occupy more than 30% of the landscape, there’s insufficient habitat to maintain many native species, especially plants.

At least 10% of land must be devoted to nature conservation. The remaining 60% of the land should involve low-intensity activity such as grazed native pasture and timber production. If managed well, these land uses can support human livelihoods and a diversity of native species.

Within that split of land use, total native woodland should be no less than 30%. This guarantees connected habitats for native plants and animals, enabling movement and breeding opportunities. 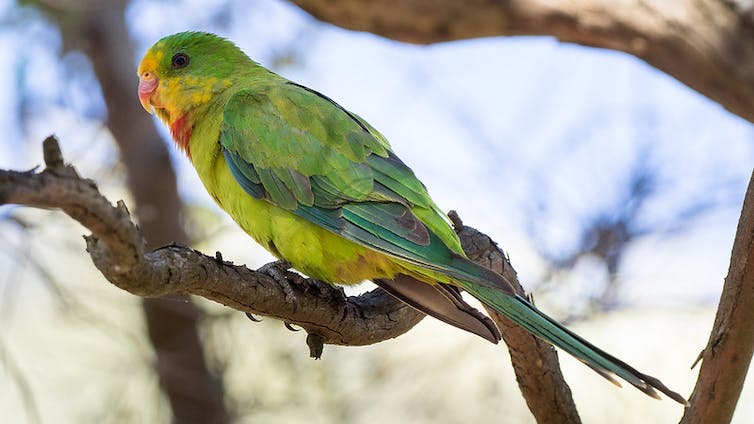 Australians ask a lot of our land. It must make space for our houses, businesses, and roads. It should support all species to prevent extinctions. And it must produce our food and fibre.

Global population growth demands a rapid rise in food production. But relying on intensive agriculture to achieve this is unsustainable. Aside from damaging the land, it increases greenhouse gas emissions though mechanisation, fertilisation, chemical use and tree clearing.

To meet the challenges of the future we must ensure farmed landscapes retain their ecological functions. In particular, maintaining biodiversity is key to climate adaptation. And as many of Australia’s plants and animals march towards extinction, the need to reverse biodiversity loss has never been greater.

Farmers can be profitable while maintaining and improving the ecological health of their land. It’s time to look harder at farming models that respect the limits of nature, and recognise that less can be more.