The Australian National University (ANU) and the Department of Foreign Affairs and Trade are helping make science more exciting and accessible across Africa by hosting science centre leaders at a training program at the National Centre for Public Awareness of Science (CPAS).

Science communicators from eight African countries will share their knowledge and experience about promoting science at the program, which is part of the ANU Science Circus Africa initiative.

CPAS Director Professor Joan Leach said science centres play a crucial role in engaging the community with science and inspiring the next generation of scientists.

“Science plays a crucial role in modern life. We want to work with our partners in Africa to inspire young people to take an interest in science and help them understand the world,” Professor Joan Leach said.

“There’s only a handful of centres between South Africa and Egypt, but we’re working on changing that.”

The program aims to give science centre leaders the skills, knowledge and inspiration to create and further develop interactive science centres in Africa, similar to Australia’s National Science and Technology Centre, Questacon.

Dr Graham Walker said the program was part of a campaign to excite young Africans about science.

“Over the next six weeks we are looking forward to working with pioneering science communicators from eight African countries,” he said.

“This is a great opportunity for everyone to learn for each other on the best ways of getting science into the community.”

The Science Circus Africa program is an ANU initiative that has reached over 68,000 people across seven African countries and trained more than 350 African staff.

The six-week training program at ANU is supported by the Australia Awards Fellowships program run by the Department of Foreign Affairs and Trade. 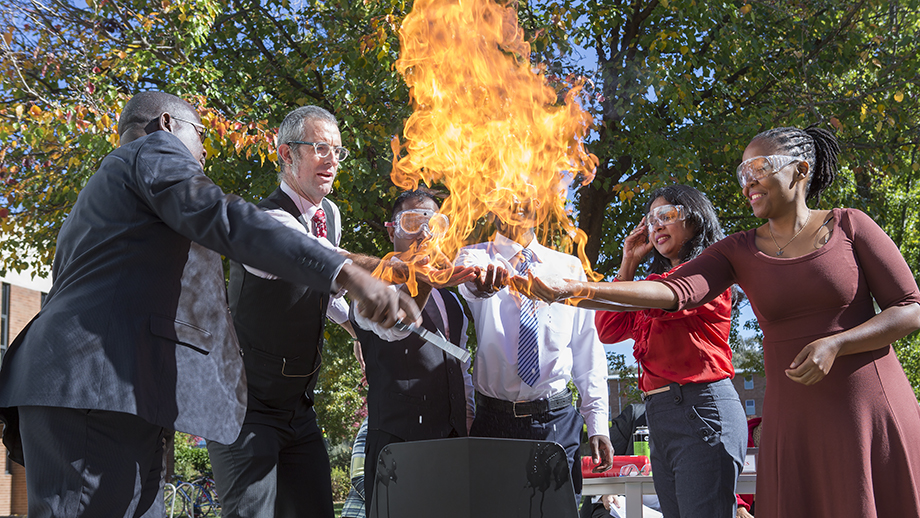