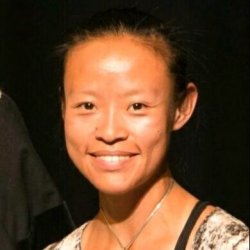 Jennifer Zhu comes from a background in science and government. She has an ANU Honours degree in Physics, a European Masters in Social Science, and is a graduate of the International Space University's Space Studies Program (SSP19). Her career path has taken her through the Australian and New Zealand public services, working in domains as diverse as nuclear, innovation, immigration, agriculture, international trade, as well as the Prime Minister’s Department. After several years of working overseas and extensive travel she is back in Canberra working in the Australian space sector. Recently she was seconded part-time to Geoscience Australia to assist with 'Team Australia' preparations for GEO Week and Ministerial Summit 2019. She is currently seconded part-time to the Australian Space Agency exploring how Earth observations from space can assist with bushfire risk management.

I always thought I was going to become a physicist, especially after 4 years of studying equations of the universe - but epic fail, became a bureaucrat instead! This put me on a path which has been unexpectedly rewarding. And now, 10 years later, I am working in science across the road from ANU.

When I finished up a few months in Madagascar, having learnt French, taught English, built myself a hot shower, calculated solar panel requirements, almost engineered a solar cooker, and generally emerged relatively unscathed after living as a local in one of the poorest countries in the world.

There are so many career opportunities out there, and many are not what and where you would expect. In my early career I didn't even know my current job existed! I say that each and every role I've had has been 'accidental', but in many ways I have created my own luck to get to where I want to go.