Publication date
Thursday, 21 Dec 2017
Authors
By Tabitha Carvan
Body
Blundering your way through the bush, you see trees, rocks, a creek, some spiky bushes, a nice view from a clifftop.

This is because you’re sleepwalking, not bushwalking.

You need to open your eyes to see deeply.

You need to wake up at dawn to tag along with field researchers to Booderee National Park in Jervis Bay, NSW. You’ll need a clipboard and pencil, a sack, and a liquid-paper pen. This is not high-tech scientific gear, but it’s going to open up dimensions that quantum physics can only dream of. You will part curtains of boronia to appear inside wall-to-wall scrub, banksia and firewheel trees. The carpet of soft and soggy native grass is trodden down to guide you down a suggestion of a track.

Tucked under branches and nestled in tufty grass is a rectangular loaf tin with a lid, incongruous here, but which would look perfectly at home in the back of your grandmother’s kitchen cupboard.

This one is a trap, laid the evening before by the same field researchers, and baited with an oats, honey and peanut-butter ball which, before breakfast, seems as delicious to you as it apparently did the rat.

Now from your grandmother’s pantry you’ll need a pudding bag. The bush rat is transferred to the bag, it’s sexed and its ear is marked with the liquid-paper pen so it can be easily recognised if it can’t resist the lure of the peanut-butter ball again tomorrow night.

You mark off the rat on your clipboard, and then send it bouncing away into the heath. It is a significant rat. Not for its distinguished Roman nose or its cute pink feet or for anything it did in particular, but for being counted. It is now part of a data set which ANU researchers have been collecting at the same site within the park, and over 130 like it, since 2002.

They have also counted birds, bandicoots and other marsupials, reptiles, frogs, and the diversity and extent of vegetation. They are particularly interested in comparing changes in the national park between before and after fires. They have been out here, clipboard in hand, scrabbling between branches, setting and checking traps and liquid-papering marsupials’ ears, in the same places, over and over again for 15 years.

Through the accumulation of counted rats and other data, and by working closely in partnership with Parks Australia, they now know how animal populations regenerate after bushfires, they know how to best manage burn-offs, they know how to successfully reintroduce species like the southern brown bandicoot, they know about the soil, the vegetation, the pests, and the connectedness of all these things.

By understanding the past, they can also see the future, and predict changes that will occur to the environment, and make plans to protect its biodiversity and tourism value.

You only understand this after you have walked with them through the park for the whole morning:  these field researchers are seeing differently to you, in more dimensions.

They interrupt a conversation to pause, tilt their head towards a tree and note the call of an eastern bristlebird. To you, it’s a pleasant birdsong; to them, it’s a promising sign of the growing population of an endangered species, and of success in fox-baiting and fire management programs. You come to a burnt section of bush, a monochrome landscape with bright splashes of green from the regrowth of grass trees. To you it looks like a #nofilter Instagram photo; to them it’s a time-lapse, a transition between what it was before, and what it will soon become, reinvigorated by the effects of fire and full of life. 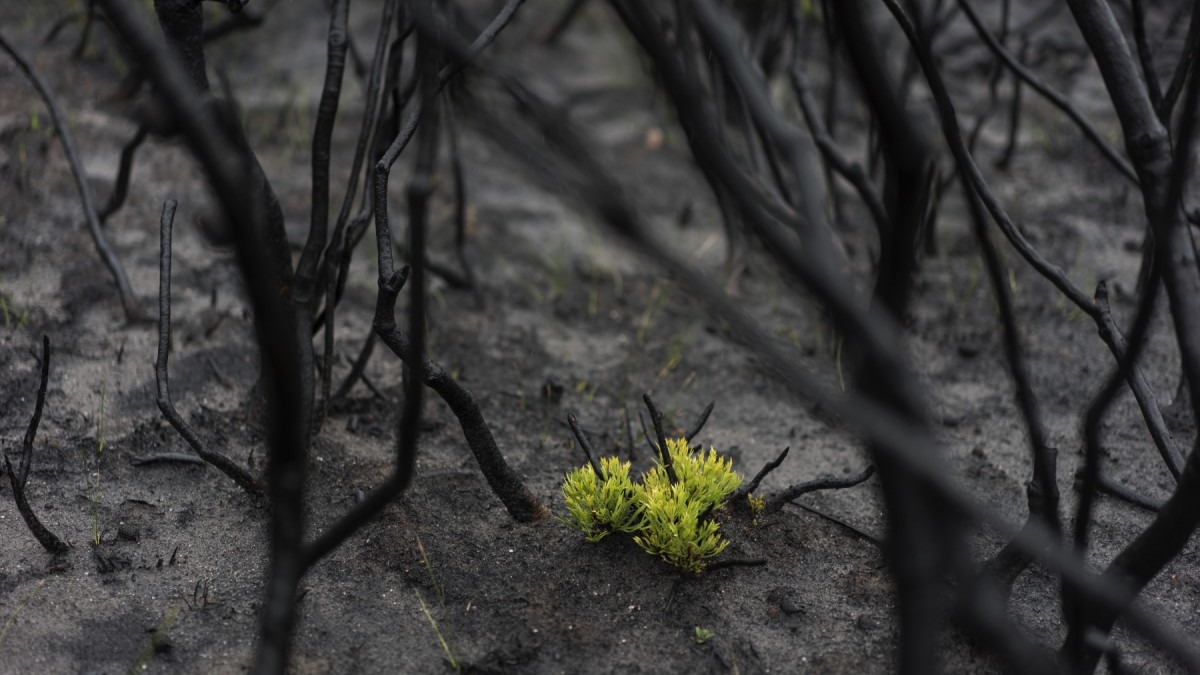 You tell Professor David Lindenmayer that you can see it now, that your eyes are opened. The pudding bag, the loaf tin, and the morning of repetitive bush-bashing back and forth through the scrub are the tools of seeing through space and time, of preserving an invaluably precious landscape.

He nods as he stows his clipboard into his canvas bag and prepares to head down another path. He indicates the surrounding bush—trees, rocks, a nice view—and says, “There’s deep, deep thinking in there, all around us.”

ANU would like to acknowledge the Wreck Bay Aboriginal Community, the traditional owners of the land on which Booderee National Park is located.